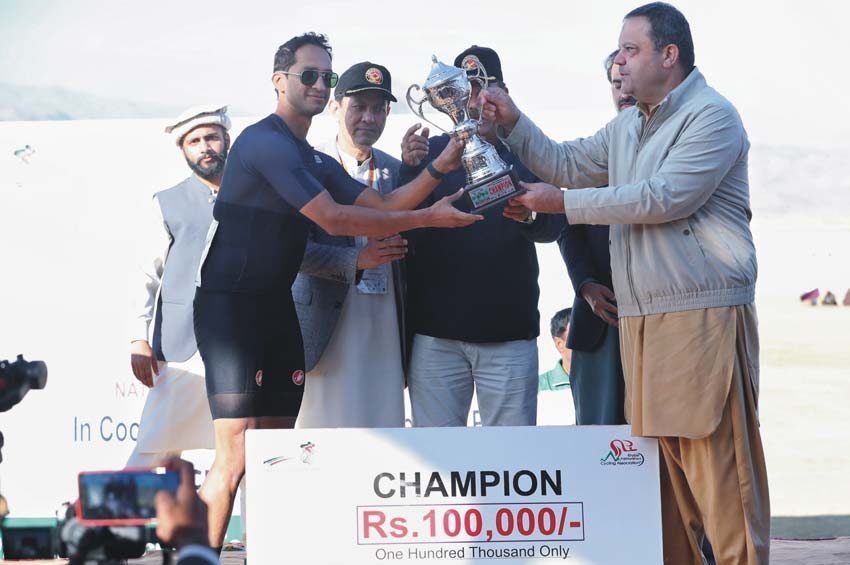 National level cyclists from across the country participated in the Tour de Waziristan National Cycle Race.

In the last and final phase of the race, cyclists covered a distance of 55km from Gomal Zam Dam to Wana, the headquarters of South Waziristan tribal district.

Abdul Wahid of Balochistan team stood second after he covered the 55km track from Gomal Zam Dam to Wana in 1:36:02 hours.

Similarly, Hashir from Sindh clinched third position by covering the track in 1:39 hours.

During the three stages, colorful events were organized at various places in which civil society, schoolchildren, people, FC South, senior officials of the district administrations of Dera Ismail Khan, Tank and South Waziristan accorded historic welcome to the guests and cyclists and distributed prizes among the excelling cyclists.

In his closing remarks, Amir Latif said that the peaceful Tour de Waziristan Cycle Race would give a positive message that peace prevailed in South Waziristan and elsewhere in Khyber Pakhtunkhwa.

He added that the event would also promote sports and tourism in the region. This area has great potential for tourism and sports activities, he added.

The official said that the race would be held every year and next time more and more teams would be invited.

Colorful functions were also organised on the occasion of inauguration and conclusion of the race in Dera Ismail Khan, Tank and South Waziristan wherein traditional music and horse dance performances were presented.