Its Handover Complete | Air India Returns to Tata After 69 Years 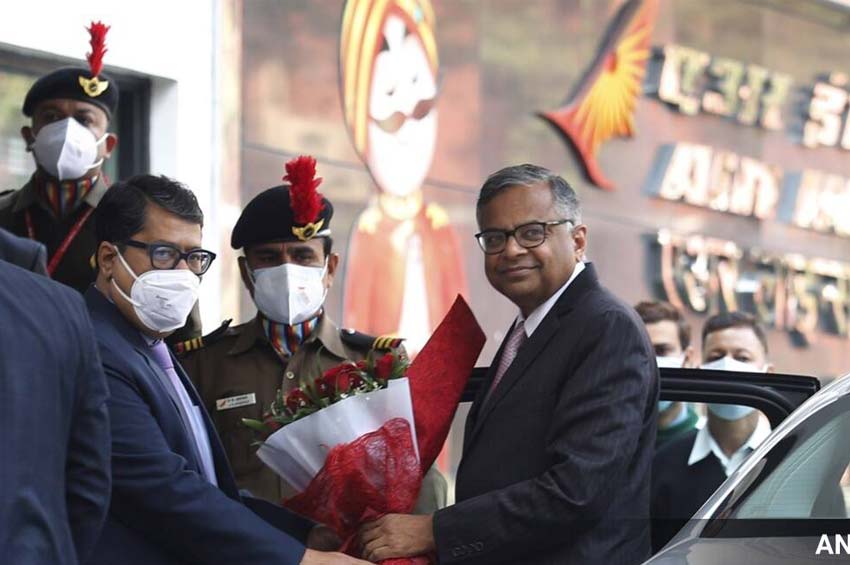 NEW DELHI: The Tata Group Thursday, January 27, regained control of Air India, 69 years after the Mumbai-based conglomerate relinquished its stake in the airline to the Central government.

In a press release, Tata Sons said: “We philosophically agree with the Prime Minister’s vision for the aviation sector, of making it affordable and ensuring it contributes to boosting ‘Ease of Living’ for citizens.”

And in an internal letter to Air India employees after the handing over, Chandrasekaran wrote: “My first flight was with Air India in December 1986, and I will never forget how special it felt to be onboard, or the exhilaration as we soared into the sky… today is the beginning of a new chapter. The nation’s eyes are on us, waiting to see what we achieve together. To build the airline our country needs, we need to look to the future.”

In October last year, the Tata Group had emerged as winning bidder for 100% of Air India (including the airline’s 100% stake in budget airline Air India Express and 50% stake in ground handling firm AI-SATS), having placed a bid of Rs 18,000 crore. Of this amount, Tatas were to take over Rs 15,300 crore worth of debt and Rs 2,700 crore was to be paid to the government in cash.

For the Rs 15,300-crore debt bundled with the airline, sources said a consortium of public sector lenders led by the State Bank of India has approved a proposal to grant term loans to Air India to help the Tata Group retire the high-cost debt.

As of August 31, 2021, the airline had a total debt of Rs 60,000 crore. The remainder of the debt has been transferred to a special purpose vehicle AI Holdings Ltd, along with the non-core assets held by the airline to monetise and repay the debt.

Ahead of the share transfer, one of the final legs of the deal was finalising of Air India’s balance sheet. The final balance sheet, with a cut-off date of January 20, was shared by the airline with the Tata Group Monday.

Air India has 12,085 employees, 8,084 permanent and 4,001 contractual. In addition, Air India Express has 1,434. In the next five years, about 5,000 permanent employees will be retiring. Further, the Tata Group cannot transfer the Air India brand or logo for five years, and thereafter can do so only to an Indian entity.