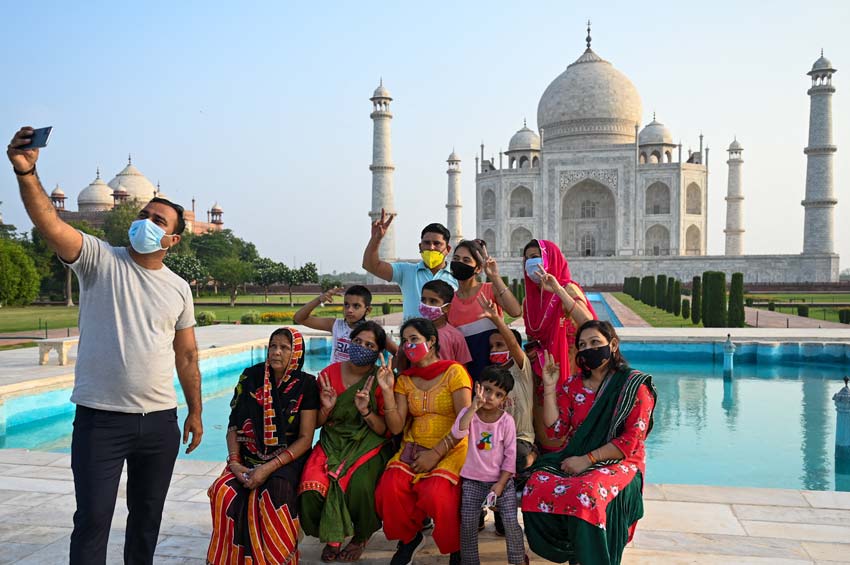 NEW DELHI: The Federation of Associations in Indian Tourism & Hospitality (FAITH) has released a document that details how India can work towards her target of 75 million tourists by 2035.

Tourism industry leaders have put together a vision document to guide India towards her ambitious 2035 target of 75 million tourists; Taj Mahal pictured

The vision document stresses the need to raise India’s competitiveness as a tourist destination by lowering taxes and making key policy changes, such as offering industry status to the tourism sector and allowing single window e-clearance for all tourism and hospitality projects.

It also recommends creation of five mega tourism zones in different states, focus on last mile connectivity, appointment of global tourism brand ambassadors, and focus on shorthaul international tourism, as well as the formation of national tourism council with participation from the prime minister and chief ministers of different Indian states.

Nakul Anand, FAITH chairman, said: “We believe that India has a great opportunity to achieve 75 million foreign tourist arrivals by 2035 if the government considers our recommendations. India, despite her immense tourism potential, only captures 1.2 per cent of the world’s international tourist arrivals.

“However, with required policy changes and focus on key segments including heritage, adventure, Buddhist circuit, medical and MICE, India can record 75 million inbound tourists (in addition to) 7.5 billion domestic tourism visits. This will result in US$150 billion foreign exchange earnings from inbound tourism, and US$225 billion from domestic tourism.”

“The 18 per cent GST category for hotels with room rates of more than 7,500 rupees (US$100) must be abolished and merged with the 12 per cent GST category. Gradually, GST should be brought down further, below 10 per cent with full set-offs in line with global trends,” urged Garish.

“We (also) need to create city convention bureaus in each of our main cities, which will work with ICPB as their hub to carry out a global bidding activity,” he said.