MARYLAND: Marriott International has launched the Marriott Bonvoy ‘The BEST Shinhan Card’, offered exclusively by Visa, enabling cardholders to accelerate the number of Marriott Bonvoy points they earn, which can be redeemed for free nights at the brand’s hotels around the world. 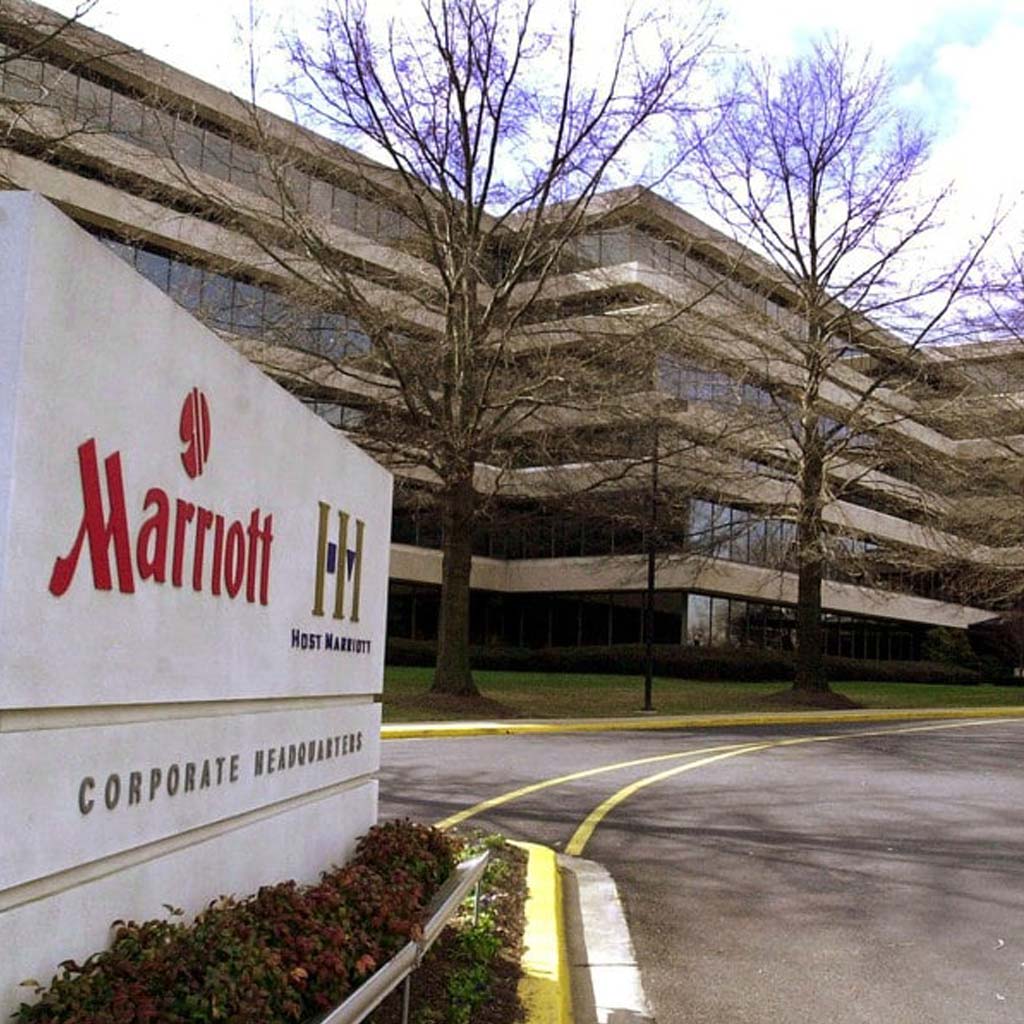 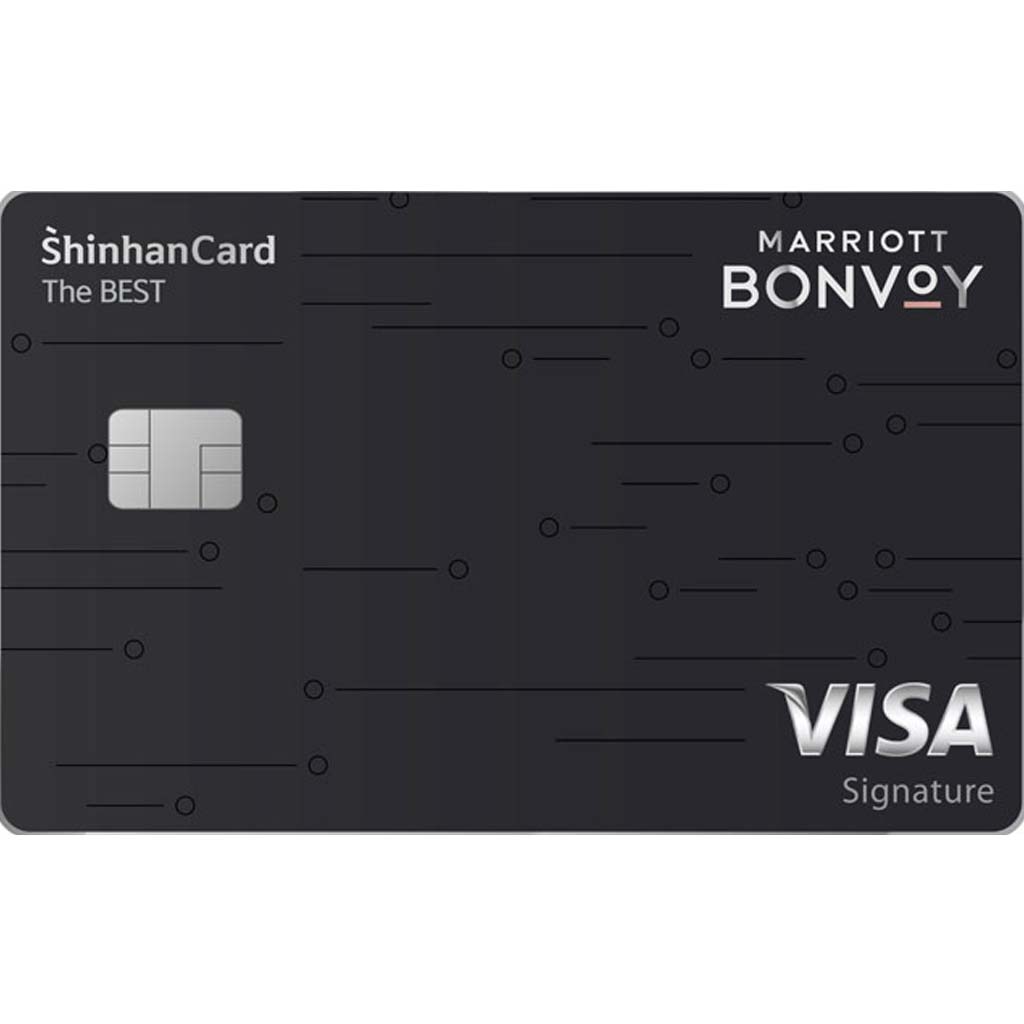 For an annual fee of 267,000 won (US$236), with Marriott Bonvoy ‘The BEST Shinhan Card’, cardholders enjoy rich earn ratios and become a Marriott Bonvoy Gold Elite member upon sign-up.

LONDON: Saudi Arabia’s hospitality sector is the fastest-growing among the 50 most populated countries in the world, reporting 73,057 rooms across the three phases of the hotel pipeline, and projecting a 67.1 percent increase in room supply over the next three years, according to STR’s AM: PM platform. 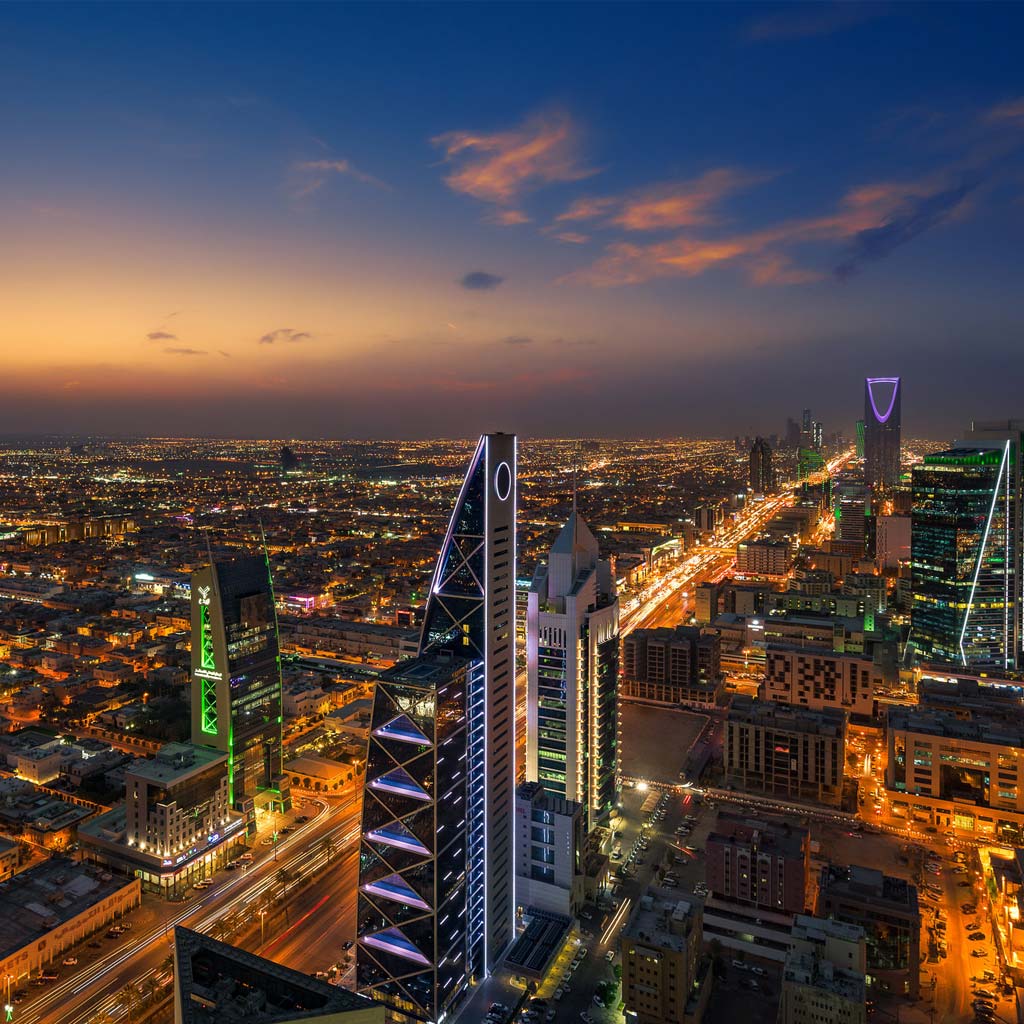 Of the total rooms in the pipeline as of March 11, 16,965 were scheduled to come online over the duration of 2021. The 67.1 percent increase assumes completion of all projects in construction, final planning, and planning. 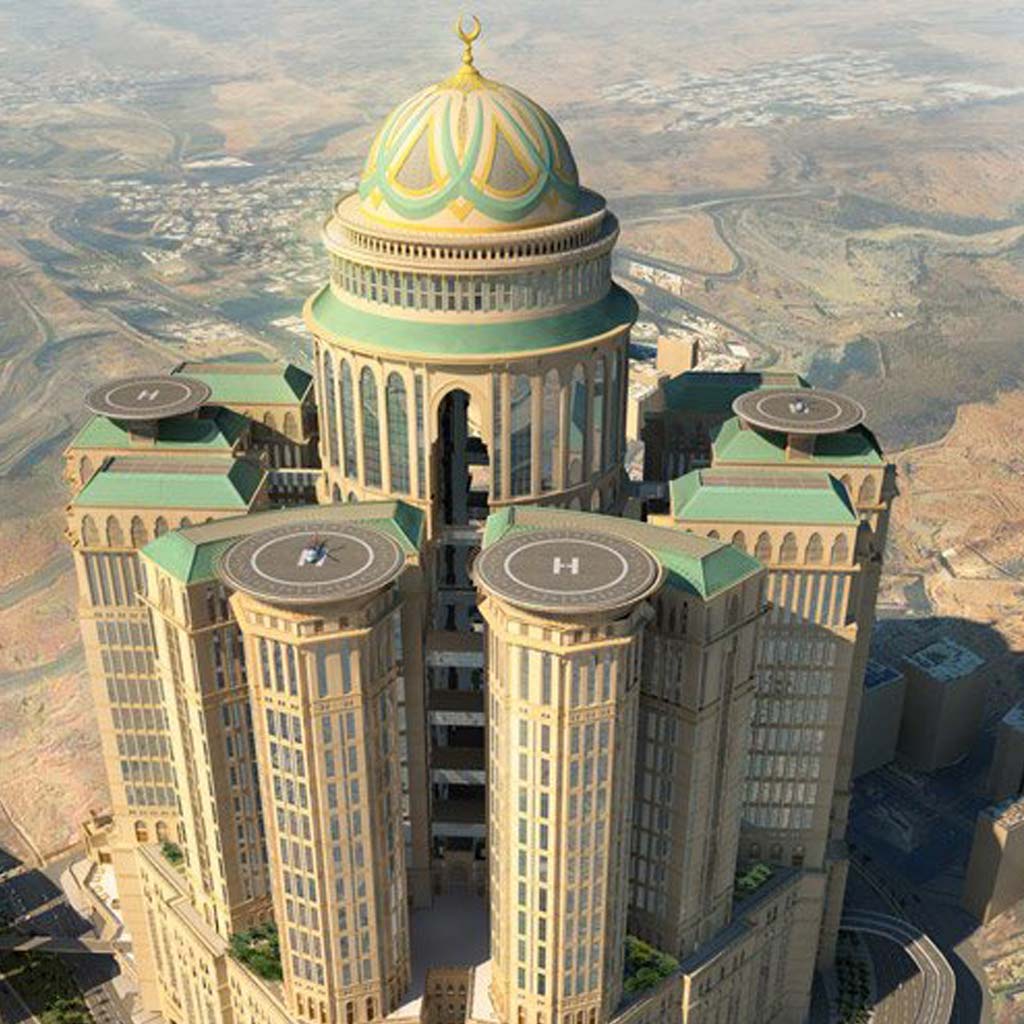 “Saudi Arabia’s growth aspirations, along with the strength of other Middle East hospitality markets such as Qatar and the UAE, is further validation that the region continues to emerge as a global tourist destination,” said Philip Wooller, STR’s area director for the Middle East/Africa. “Such growth is a testament to the strength and prospectus of the nation’s strong cultural and economic resources.”

While a significant portion of Saudi Arabia’s pipeline activity is concentrated in Makkah (28,052 rooms under development), several other submarkets across the country are expected to increase hotel supply by 50 percent or more.

ISLAMABAD: To recreate the charm of travelling to a contemporary city with a royal past, the new Hotel One will be opening its doors soon to travellers in Bahawalpur, the City of Nawabs.

Hashoo Group is the leading and largest chain of hotels in Pakistan that own and operates the five-star Pearl-Continental, Marriott and the select-service Hotel One brands in Pakistan.

Located on Ahmedpur Road, this will be the second Hotel One in the City of Nawabs and will feature 50 elegant rooms, offer all-day dining at an in-house restaurant and cater to banquet and conference facilities at multi-purpose halls. Moreover, the upcoming hotel will be located in the business district of Bahawalpur. Upon construction, the hotel will reflect the historic architectural heritage that the iconic city of Bahawalpur is famous for.

Bahawalpur was once a princely state of Pakistan located in Punjab, famous for its timeless grandeur and was the city of residence for the royal families. Bahawalpur is now known for its monuments dating back from that glorious era. The city lies at the edge of the Cholistan Desert and serves as the gateway to the nearby Lal Suhanra National Park and to various desert motorsports events such as the famous Cholistan Rally.

History buffs, adventure enthusiasts, and travellers can explore the city for its rich heritage, comprising royal palaces such as Noor Mahal and Darbar Mahal, Derawar Fort, Tomb of Bibi Jawindi, and Abbasi Jamia Masjid Qila Derawar and much more.

The launch of this hotel will not only contribute to domestic employment but will also provide tourists’ quality lodging facilities within their reach.

PESHAWAR: A top official said on Monday, March 29, that more cultural festivals and traditional games would be organized in Dera Ismail Khan to attract domestic and foreign tourists to the area and boost tourism in the province.

He said that the cultural festival would now be held in the upcoming September.

“The government is taking tangible steps for the promotion of local cultures, traditional games, and boosting tourism in every nook and corner of the province to lure more tourists and visitors,” the official said, adding that it would help create employment opportunities for the local populace as well.

Federal Minister Ali Amin Gandapur was the chief guest at the concluding ceremony.

Trophies, medals, and cash prizes were given away to the positions of all categories.

The racers performed well during the 118km race on the track from Yarak to Gloti after passing through Paniala, Rahmanikhel, and Abdulkhel.

Twenty-nine drivers participated in the stock category while 22 racers performed in the professional pre-peered category.

ISLAMABAD: Serena Hotels held a colorful Nowruz celebration event in collaboration with the diplomatic missions of Afghanistan, Azerbaijan, Iran, Kazakhstan, Kyrgyzstan, Tajikistan, Turkey, Turkmenistan, Uzbekistan, and the Ministry of Foreign Affairs under the banner of its Cultural Diplomacy Initiative.

Nowruz – which means ‘new day – is an ancient celebration of spring dating back to around 3000 years; today is celebrated by around 300 million people belonging to different faiths and ethnicities across the world. In 2010 the United Nations adopted a resolution to officially recognize the International Day of Nowruz.

The event included beautiful cultural performances as well as stalls by the participating countries featuring their local handicrafts and heritage products. The First Lady Mrs. Samina Arif Alvi was the Chief Guest at the occasion. A number of notable dignitaries from the Diplomatic Corps, Government, and Corporate Sector also attended the event.

CEO Serena Hotels South and Central Asia Mr. Aziz Boolani thanked the First Lady and the collaborating countries as well as the attendees for their participation. “At Serena Hotels, we believe in creating positive linkages that can bring value to the society, and our various Diplomacy initiatives follow this overarching mission. The Nowruz event at Serena Hotels has become a yearly feature and a unique platform for the Nowruz celebrating countries to come together to celebrate this UN-recognized festival collectively,” he said.

“Nowruz, a spring festival that has been celebrated across different regions for centuries, reminds us of what we have in common,” said H.E. Atadjan Movlamov, Dean of Diplomatic Corps and Ambassador of Turkmenistan, thanking the First Lady Mrs. Samina Arif Alvi for her participation. “Today’s event shows that Pakistan stands for peace, development, and progress.”

PESHAWAR: Secretary Sports, Tourism, Archaeology, Culture, Museums, and Youth Affairs Department Abid Majeed on Saturday, March 20, said that the hospitality sector played a pivotal role in the promotion of the tourism industry, adding that more events would be arranged to encourage the youth of the province.

Speaking at a ceremony held in connection with the awards and prize distribution among the winning teams of the four-day cooking skills competition at Peshawar Services Club, he said that the tourism industry contributed 1.5 shares to the GDP and the hospitality and food sector was playing an important role in this contribution.

Abid Majeed said that more such events would be arranged to further polish the cooking and other skills of the youth so they could get employment in the country and abroad.

It would, he said, pave the way for the government, industries, and businessmen to jointly devise a strategy to provide employment to the youth on the basis of their skills and talents.

Organized by the Directorate of Youth Affairs under the aegis of Sports, Tourism, Archaeology, Culture, Museums, and Youth Affairs Department, the activity was aimed at providing an opportunity to the youth to exhibit their cooking skills and come forward to further excel in this field and promote the hospitality sector in the province as well.

Over 70 male and female chefs from Peshawar, Swat, Malakand, Chitral, Abbottabad, Battagram, Orakzai, Khyber Mardan, Kohat, Charsadda districts, and other parts of the province participated in the cooking skills competition.

Directorate of Youth Affairs gave away commendation certificates and prizes while five stars hotels offered jobs and internships to the excelling chefs.

ISLAMABAD: As a part of its Corporate Social Responsibility, Legend Hotel Islamabad has initiated a tree plantation campaign, starting with its hotel in Islamabad on the 16th March 2021. In the same context, the management of the hotel has invited some of our celebrities and the press to join them in this environmental activity, and make it memorable. After the tree plantation ceremony, there was an environmental awareness press conference by Mr. Azeem Qureashi and Ms. Laila Zuberi.

“We regard our media as the real tool to motivate the masses and another corporate sector to participate in such drives, making Pakistan Green,” said Azeem.

The event was followed by a sumptuous lunch in honor of the guests and media.

ISLAMABAD: Serena Hotels hosted a Women’s Day Breakfast and Crafts Bazaar to acknowledge the trailblazing women of society and to provide support and representation to women social enterprises.

The wife of the President of Pakistan Mrs. Samina Arif Alvi was the Chief Guest at the occasion which was attended by prominent women leaders from politics, sports, healthcare, and charities as well as other segments of society including journalists and members of the Diplomatic corps and their spouses.

CEO Serena Hotels South and Central Asia Mr. Aziz Boolani said that Serena Hotels is working to create a workplace where everyone can advance, and a culture of equality that unlocks human potential. “We are proud to be the first EDGE (Economic Dividends for Gender Equality) certified hospitality company in Pakistan. Today we celebrate the achievements of women and pledge to collectively create an inclusive world.” 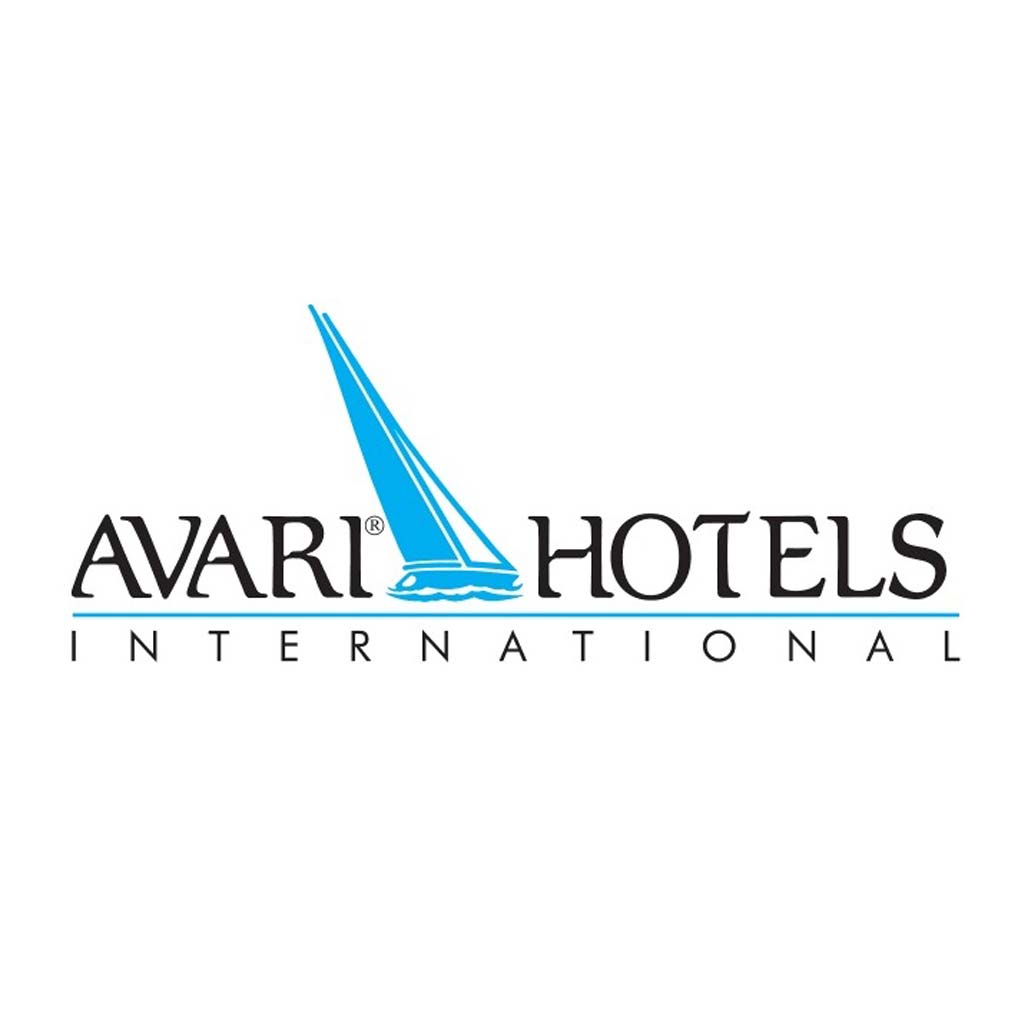 He is a seasoned professional who has worked with known hotel chains in Europe, Middle East, Canada, and Pakistan, namely; Hilton International, Marriot International, Pearl Continental, and Avari Hotels International. He was General Manager of various 5-star hotels around the world and also Director Hospitality Division of Orient Group, CEO Imperium Hospitality, and COO of Nishat Hotels and Properties. He is also a member of the Board of Directors of the Tourism Development Corporation PTDC, on the steering committee of the World Bank-funded program of Tourism uplift in Punjab, Member Foreign Minster’s Core Group on Cultural Diplomacy, and Member advisory council of Lahore and Taxila Museums.

Mr. Jafri is a man of multiple passions like preservation and promotion of poetry, literature, music, environment, and heritage. He is also President of the Board of Governors of Goethe Institute Lahore and a member of the Board of Directors of Dabistan e Iqbal, Faiz Foundation, Joy of Urdu’ and a life member of the Human Rights Commission of Pakistan.

A large cross section of the city’s elite, including industrialists, a very representative gathering of Karachi’s responsible citizens,  businessmen, Artists, Media  Personnel and professionals had responded to the invitation of Mr. Zubair Baweja and made the  event a  very impressive evening.

Being the Chief guest while addressing the event, Governor Sindh Imran Ismail said that in order to encourage new artists, their art pieces should be exhibited so that the existing art in the country  be appreciated and new art galleries should be set up in the country for the promotion of new art and the artists.

Speaking on the occasion, Managing Director Regent Plaza Hotel and Former Vice President Federation of Pakistan Chamber of Commerce and Industry Mr. Zubair Baweja said that in the past the lifestyle was different from the current lifestyle. I was also fond of painting which is evident from the archeological finds. In those days when there was no paper canvas, people of that time used to paint on stone which we can still see in “Chaukhandi Cemetery, Jewelry and flowers have been made on the graves of women while swords, spears, shields and other weapons have been painted on the graves of men as it is not possible to read the writings of this period.

Mr. Junaid Hamid, CEO  ArtKaam Gallery also addressed the gathering and said that  painting is an art that has been going on for centuries as human beings are full of passion to be beautiful and like the beautiful things. Beautiful signs are scattered everywhere that makes a person interested in Painting. He said that despite the passage of hundreds of year the painting of Mona Lisa which has become immortal is as popular among the people as it was in the past.

This is the third art gallery in Pakistan in 3 years by Artkaam Gallery.