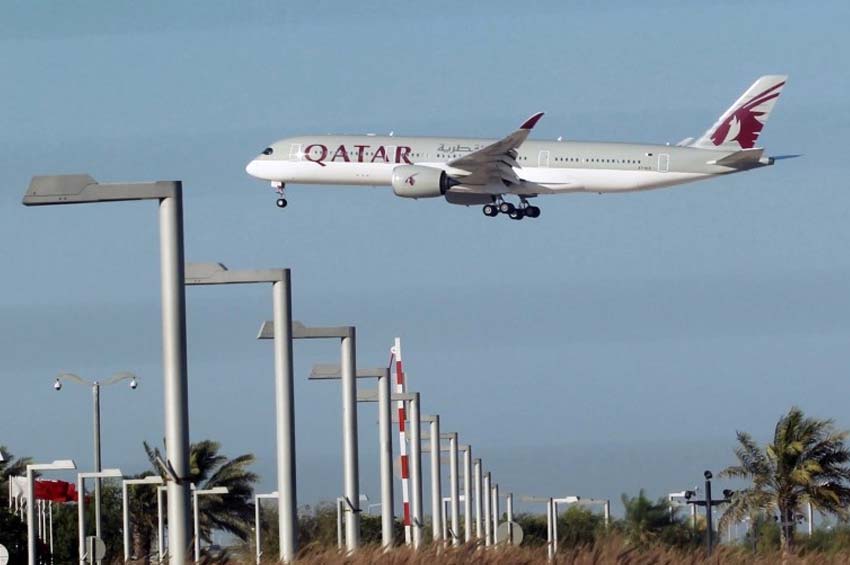 DOHA: Qatar Airways has been locked for months in a legal dispute with Europe’s Airbus manufacturer over “serious and legitimate safety concerns” after delivery of A350 jets.

Qatar’s state-owned airline is seeking compensation, saying the flawed planes forced it to ground 21 of its fleet of 53 Airbus A350s in both its 1000 and 900 series.

Qatar’s national carrier raised concerns over the state of its A350s in November 2020 when an attempt to repaint a five-year-old jet in World Cup livery exposed about 980 defects.

According to a Reuters news agency investigation, at least five other airlines, including Finnair, Cathay Pacific, Etihad, Lufthansa, and Air France, raised concerns in 2016 – well before Qatar Airways – but they did not ground their aircraft.

France-based Airbus acknowledged that the flaws needed attention while insisting they were cosmetic issues and did not put safety at risk.

Qatar Airways said Airbus failed to provide a full root-cause analysis needed to satisfy unresolved questions over the airworthiness of the affected jets, including the lightning protection system.

On December 20 last year, Qatar Airways sued Airbus in the UK. The case is due for a hearing in late April.

The airline’s complaint says the paint on the recently delivered Airbus A350s was cracking and peeling, exposing copper meshing used to insulate the aircraft against lightning strikes.

The lightweight carbon-fiber jetliner relies on metallic foil embedded beneath the paint to help lightning wash safely over the fuselage, which is less conductive than earlier metal.

The video showed flakes of the copper-mesh anti-lightning system, which is supposed to be fixed to the plane with resin, coming loose when the paint was teased away by a gloved hand.

Qatar Airways is pressing for compensation of $618m plus $4m a day and has stopped the receipt of 23 more A350s.

Its legal case detailed how the Qatar Civil Aviation Authority (QCAA) had started withdrawing flying permits for individual A350 planes in a series of letters from June 2021.

It said the QCAA told Airbus the airplane’s deterioration was “disturbing, if not alarming”.

Airbus has said it will fight the claim, saying there is “no reasonable or rational basis” for the groundings, which have not happened elsewhere.

Airbus says that it is looking at changing the design of the anti-lightning mesh for future A350s, but insists there is adequate backup lightning protection. It says Qatar Airways is undermining global protocols by seeking leverage over safety.

Airbus says it has provided the relevant information and concluded there is no airworthiness risk, a view echoed by Europe’s air regulator.

On Friday, Airbus canceled a $6bn contract with Qatar Airways for 50 of its new A321neo passenger jets, escalating the legal battle.