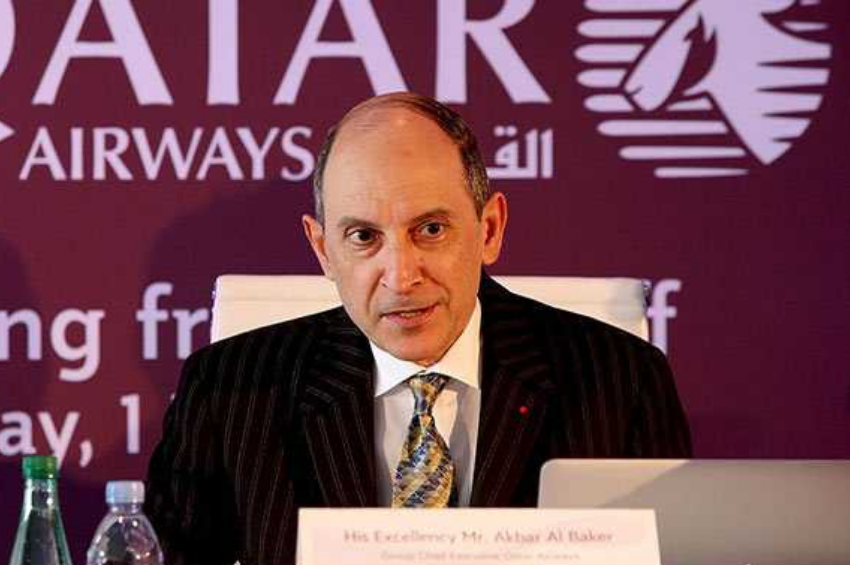 On the same day, the award-winning airline also unveiled a brand new interactive exhibition stand. Hosted by H.E. Mr. Al Baker, the unveiling was attended by the Qatari Ambassador to Germany, His Excellency Sheikh Saoud Bin Abdulrahman Al Thani, as well as a host of international media and VIPs.

At the Qatar Airways press conference, attended by almost 200 members of the international media, H.E. Mr. Al Baker announced a raft of forthcoming global destinations for the airline in line with its expedited expansion plans, including the announcement that Qatar Airways will be the first Gulf carrier to begin direct service to Luxembourg. Other exciting new destinations to be launched by the airline include London Gatwick, United Kingdom; Cardiff, United Kingdom; Lisbon, Portugal; Tallinn, Estonia; Valletta, Malta; Cebu and Davao, Philippines; Langkawi, Malaysia; Da Nang, Vietnam; Bodrum, Antalya and Hatay, Turkey; Mykonos and Thessaloniki, Greece; and Málaga, Spain.

Qatar Airways Group Chief Executive, H.E.  Akbar Al Baker, said: “Qatar Airways is tremendously excited to announce further expansion with a significant number of new destinations to be added to our extensive global network throughout 2018 and 2019. This is a direct reflection of our commitment to connecting travellers across all corners of the world in a way that is meaningful and convenient to them. We are committed to continuing our ambitious growth strategy, in order to be able to provide our passengers with as much choice as possible and to take them anywhere in the world they wish to go.”

Akbar Al Baker struck a defiant tone in the face of the continued sanctions against his country, calling them a “challenge to civilization” that has only strengthened his resolve to push for more growth and add destinations.

He blasted the measures as an assault on his nation, saying “we’re not a grocery shop, we’re a sovereign country.” Rather than curb growth last year, the embargo had the opposite effect, the CEO said as he announced higher frequencies to places like Barcelona and Madrid and a new twice-daily service to London Gatwick.

At the same time the restrictions imposed by Saudi Arabia, the United Arab Emirates, Bahrain and Egypt last June will push Qatar Air to a “very large loss” for the year ending April 1, the CEO said, adding that the carrier will need to find new streams of financing to survive since it has no access to the equivalent of U.S. Chapter 11 bankruptcy protection. That might include an equity injection, something the government is prepared for, he said.

Further developments for the upcoming year were discussed, including additions to the airline’s sporting sponsorship portfolio. Qatar Airways is already the official sponsor of many top-level sporting events, including the 2018 FIFA World Cup Russia,™ the 2022 FIFA World Cup Qatar™ and the FIFA Club World Cup™, reflecting the values of sports as a means of bringing people together, something at the core of the airline’s own brand message – Going Places Together.

Qatar Airways currently operates a modern fleet of more than 200 aircraft via its hub, Hamad International Airport (HIA). Just last month, the airline welcomed the Airbus A350-1000, for which it is the global launch customer.

Qatar Airways welcomes all guests at ITB this week to visit its new exhibition pavilion at the trade fair.