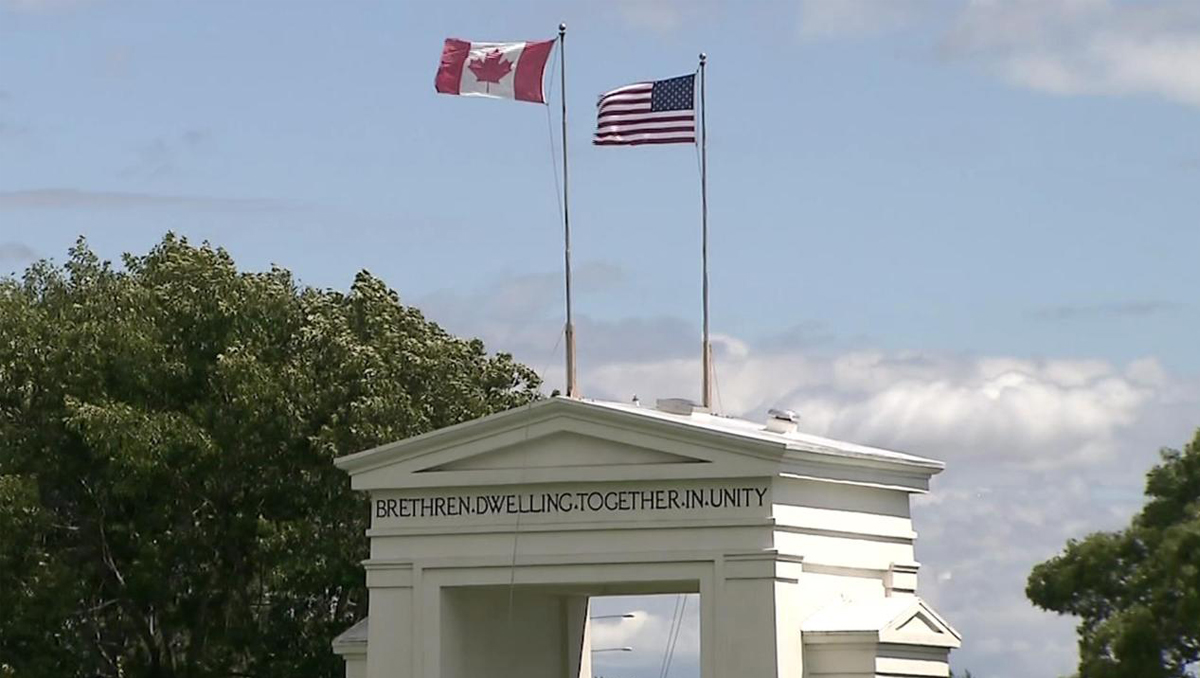 As the pandemic continues to sweep the US, Canadians are getting more and more concerned about what American visitors could be bringing with them over the border.

Built directly on the border of Blaine, Washington and Surrey, British Columbia, there is 67-foot high Peace Arch which testaments the cordial ties between Canada and the US.

Inscribed on one side are the words “May these gates never be closed”, a reminder of the nearly 8,891 km (5,525 miles) of un-militarised border that separates the two nations.

For almost 100 years, those words have been heeded – until the coronavirus pandemic effectively shut the border indefinitely.

The closure came into effect on 21 March, and was agreed upon by both governments. After being extended several times over the summer, it remains in effect until 21 August, although most expect it to be extended again.

While the border closure has had significant economic and personal repercussions for the millions of people that live along it or have loved ones on the other side, the vast majority of Canadians want it to stay shut.

A July poll by Ipsos Reid found that eight in ten Canadians wanted the border to stay closed until at least the end of 2020.

And as the pandemic has continued to spread across the US, so have tensions between American drivers and Canadian residents.

While non-essential travel is forbidden, commercial drivers delivering goods and people who work across the border in essential services are permitted to cross.

People with American licence plates have reported being harassed and having their vehicles vandalised, even if they have every right to be on the Canadian side.

The tensions are so high that British Columbia Premier John Horgan suggested that Canadians with American licence plates should take the bus or ride bikes instead.

In the Muskoka region of Ontario, where many people have summer homes, the hostility has garnered police attention.

Ontario Provincial Police say a Canadian in the town of Huntsville filed a complaint after two men allegedly accosted him over his Florida licence plate.

Before coronavirus, around 300,000 people crossed the border every day, including Canadians who routinely made daytrips to score a deal at US outlet malls or petrol stations, and American tourists exploring the wonder of Niagara Falls.

Since March, non-commercial land border crossings to Canada have dropped by nearly 95%, according to the Canadian Border Services Agency (CBSA).

But the economic impact of closing the border to travellers is nothing compared to what would happen to Canada if another wave of coronavirus forced a second shutdown, says Ambarish Chandra, a professor of economics at the University of Toronto.

Prof Chandra says government should provide aid to border towns whose economy relies heavily on foreign tourism, but hold steady with the border closures until the pandemic is over.

“In the long run it’s way cheaper to bail out all of Niagara Falls, Ontario, than to close down Toronto for even another three or four weeks,” he says.