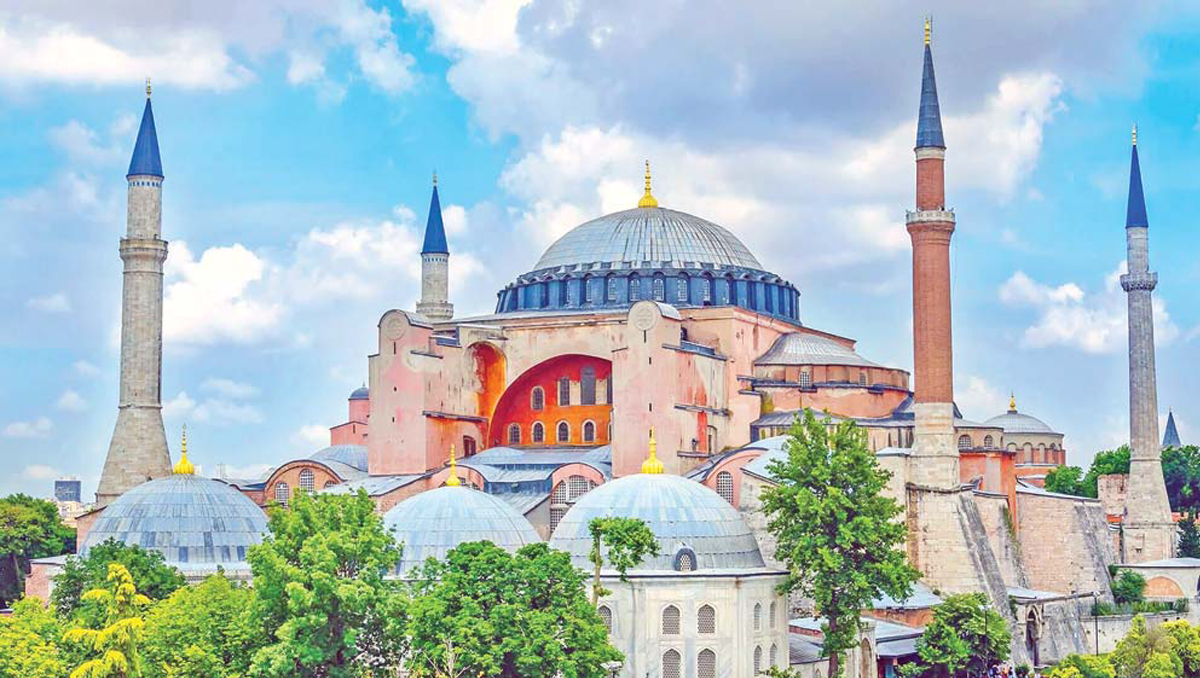 ANKARA: Turkish President Recep Tayyip Erdogan announced on Friday, July 10, that the Hagia Sophia, one of the architectural wonders of the world, would be reopened for Muslim worship as a mosque, sparking fury in the Christian community and neighboring Greece.

The World Council of Churches has called on Turkey’s President Recep Tayyip Erdogan to reverse his decision to turn the celebrated Hagia Sophia museum back into a mosque. In a letter to Mr. Erdogan, the Council, which counts 350 churches as members, said the move would sow division.

The UNESCO World Heritage site in Istanbul has been a museum since 1934. President Erdogan declaration came after a top Turkish court revoked the sixth-century Byzantine monument’s status as a museum, clearing the way for it to be turned back into a mosque.

In an address to the nation, Erdogan said the first Muslim prayers at the Hagia Sophia would be performed on July 24.

“God willing, we will perform Friday prayers all together on July 24 and reopen Hagia Sophia for Muslim prayers,” he said, assuring that it would open its door to all, including non-Muslims.

“Like all our mosques, the doors of Hagia Sophia will be wide open to locals and foreigners, Muslims and non-Muslims.”

The UNESCO World Heritage site in historic Istanbul, a magnet for tourists worldwide, was first constructed as a cathedral in the Christian Byzantine Empire but was converted into a mosque after the Ottoman conquest of Constantinople in 1453.

The Council of State, Turkey’s highest administrative court, unanimously cancelled a 1934 cabinet decision to turn it into a museum and said Hagia Sophia was registered as a mosque in its property deeds.

The landmark ruling could inflame tensions not just with the West and Turkey’s historic foe Greece but also Russia, with which Erdogan has forged an increasingly close partnership in recent years.

Greece swiftly condemned the move by Muslim-majority Turkey as a provocation while the United States also expressed disappointment.

UNESCO Chief Audrey Azoulay said she “deeply regrets” the decision made without prior dialogue with the UN’s cultural agency.

US State Department spokeswoman Morgan Ortagus stated that “we are disappointed by the decision by the government of Turkey to change the status of the Hagia Sophia.”

Erdogan urged everyone to respect Turkey’s decision and said the issue of what purposes Hagia Sophia would serve “concerns Turkey’s sovereign rights”.

Hagia Sophia, which stands opposite the impressive Sultanahmet Mosque often called the Blue Mosque has been a museum since 1935 and open to believers of all faiths.

Transforming it from a mosque was a key reform under the new republic born out of the ashes of the Ottoman Empire.

Shortly after the court decision, Erdogan signed a presidential decree handing over the administration of “Hagia Sophia Mosque” to Turkey’s religious affairs directorate known as ‘Diyanet’.

Erdogan has in recent years placed great emphasis on the battles which resulted in the defeat of Byzantium by the Ottomans, with lavish celebrations held every year to mark the conquest.

Muslim clerics have occasionally recited prayers in the museum on key anniversaries or religious holidays. In 2018, Erdogan himself recited a verse from the Koran at Hagia Sophia.

Police heightened security measures around the building, according to AFP journalists. Hundreds of worshippers performed evening prayers outside the building after the alteration to its status.