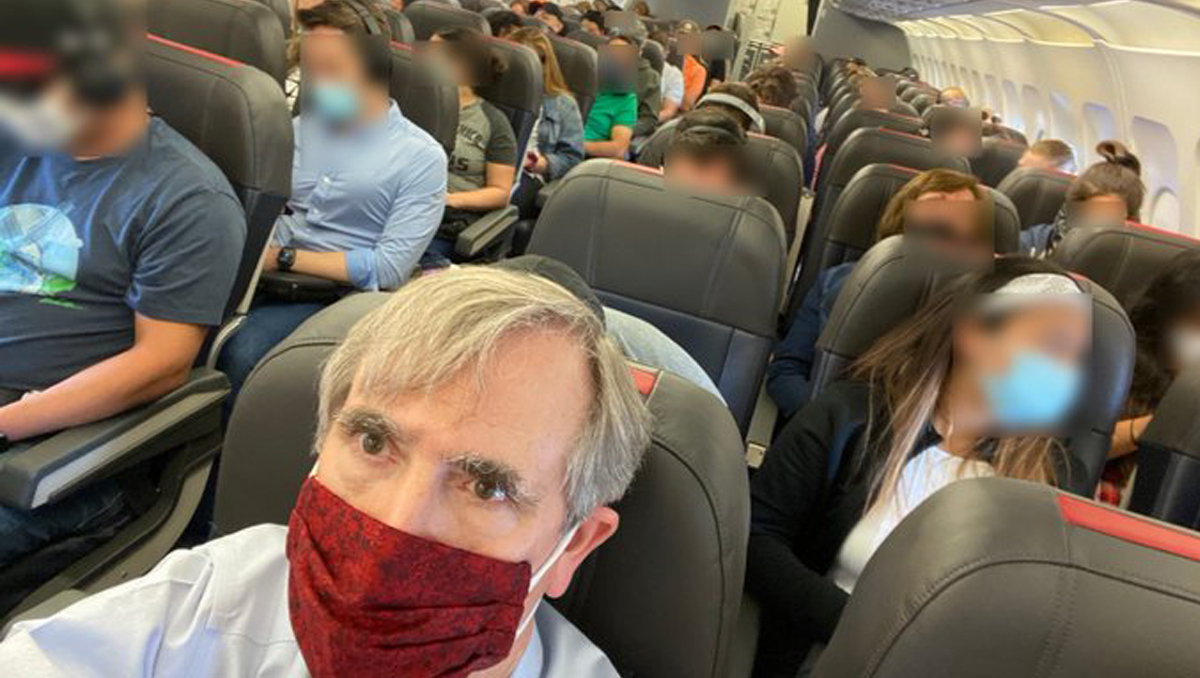 WASHINGTON: United States senator, Jeff Merkley of Oregon, expressed some outrage when he flew with American Airlines. His flight was quite full, with many middle seats being taken up, which led to him posting an image of the cabin on Twitter before announcing he would be looking at banning the sale of middle seats throughout the pandemic.

Senator Merkley posted a scathing tweet that was critical of American’s lack of social distancing onboard the flight.

His concerns over American’s practices come just days after Dr. Anthony Fauci and Dr. Robert Redfield expressed concern over American’s announcement that it would be filling aircraft seats to capacity. This comes as the United States experiences a surge in cases across many states, including popular vacation destinations like Florida and Texas.

Senator Bernard “Bernie” Sanders, who initially posed the issue of American’s policies to Dr. Fauci and Redfield, wrote a letter to Secretary Elaine Chao, the head of the US Department of Transportation (DOT) and Stephen Dickson, the Federal Aviation Administration (FAA) Administrator asking them to issue regulations that “limit the maximum capacity of passengers on flights to 67% of available seats.”

It’s unclear whether or not there would be enough political support to push forward a measure like this. Airlines will likely lobby intensely against this effort.

As more and more people start traveling again, airlines are trying to encourage booking as much as possible. So far, it has been working for American. In the past, American has tried the low fare technique to try and stimulate demand. If the airline does block middle seats, it will have to make up that lost revenue somewhere and increase fares.

One suggestion put forth by American’s pilots urged the federal government to buy up the airline’s middle seats. That, however, would be an expensive price tag, and other airlines would likely want a similar program in place universally to also take advantage of guaranteed seat sales.