Not Millions but Hundreds | The Hajj 2020 Stands limited 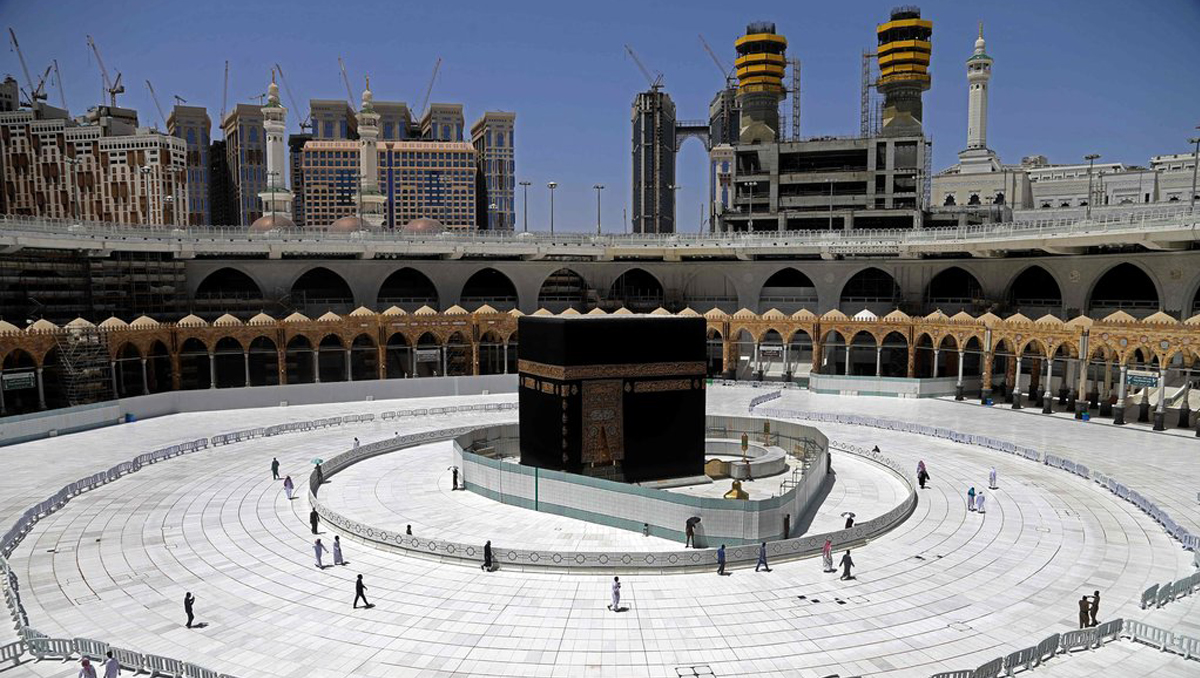 RIYADH: One of the largest annual gatherings on the planet, Hajj, or the pilgrimage to Mecca, will be off-limits to most the world’s Muslims this year due to the threat of the coronavirus pandemic. After weeks of speculation and just before the official pilgrimage is scheduled to begin in late July, Saudi Arabia announced that it will not cancel the hajj but rather severely limit attendance to the sacred gathering only to some Muslims currently residing in the country.

The Saudi announcement sent shock waves of sadness and disappointment across the Muslim world, upending the plans of millions of believers to make a trip that many look forward to their whole lives and which, for many, marks a profound spiritual awakening.

Islamic week-long ritual has been scaled back to a limited number of pilgrims because of the coronavirus pandemic.

Saudi Arabia stops foreign pilgrims due to coronavirus. This is the first time in Saudi Arabia’s nearly 90-year history that foreign visitors have been barred from performing Hajj.

The Hajj has been cancelled because of war and past epidemics throughout history, but not since the founding of the Kingdom of Saudi Arabia in 1932.

Pakistan, which usually sends nearly 180,000 pilgrims, said its diplomats in Saudi Arabia would represent the country during the pilgrimage this year.

Saudi Arabia says it will allow only about 1,000 pilgrims residing in the kingdom to perform the Hajj this year, one day after it announced the annual pilgrimage would be scaled back due to the coronavirus pandemic.

Some 2.5 million pilgrims from around the world flock annually to the cities of Mecca and Medina for the week-long ritual scheduled to begin in late July.

Saudi Arabia has announced that it would hold a “very limited” Hajj this year, as the country is still battling with the coronavirus pandemic.

The Saudi Ministry of Hajj said the decision to curtail the pilgrimage was aimed at preserving global public health because of the risks associated with large gatherings.

This year’s event is expected to start on July 28. In a virtual news conference, Hajj Minister Muhammad Saleh bin Taher Benten said the government is still in the process of reviewing the number of overall pilgrims allowed, saying they could be “around 1,000, maybe less, maybe a little more”.

“The number won’t be in tens or hundreds of thousands” this year, he added.

Health Minister Tawfiq al-Rabiah said the pilgrims would be tested for coronavirus before arriving in the holy city of Mecca and will be required to quarantine at home after the ritual.

He said no one over the age of 65 or with chronic illnesses would be allowed to perform the Hajj.