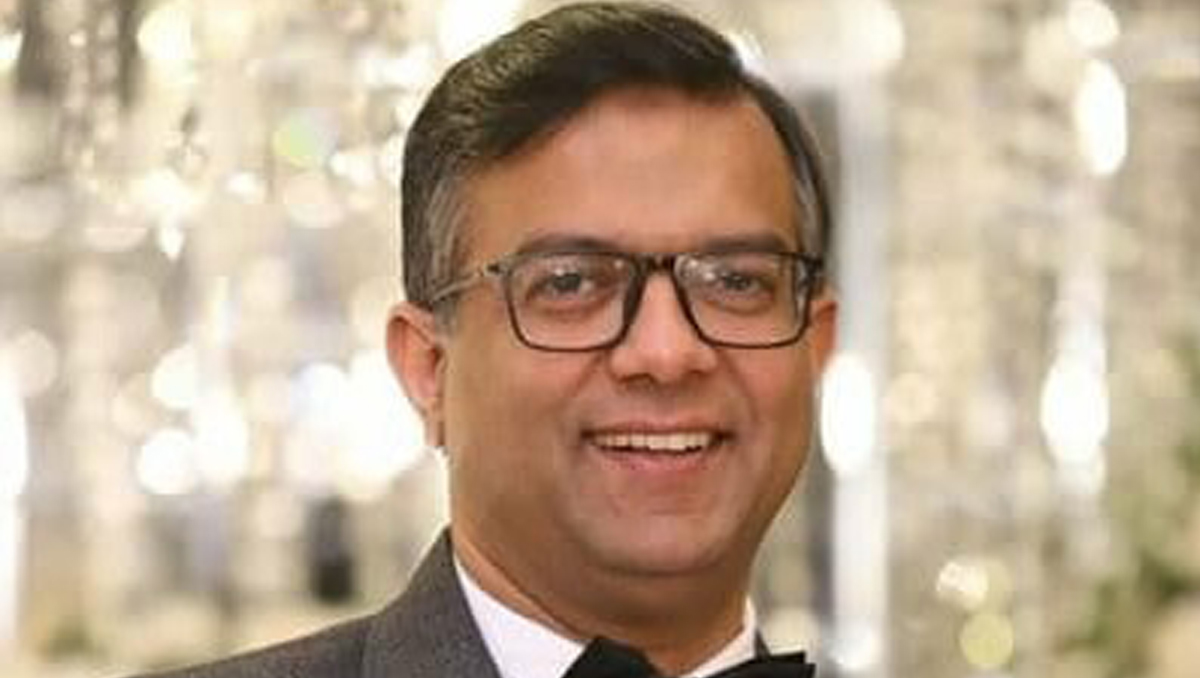 He has served in Syria and Saudi Arabia also

The world is on pins and needles, waiting for the magical drug to step into a post-Covid era leaving an awful chapter written in pain, sorrow and fear behind. A coveted slot next to Louis Pasteur, Edward Wright and Green Morton is vacant for another Messiah who would rescue millions from horrible lockdowns and thousands more from being ended up on ventilators.

In the absence of an effective vaccine, however, nations have been relying on lockdowns and confinements to counter the surge of virus. It has helped but at a very high cost. Two months long lockdowns have wreaked havoc on economies; crumbling markets and surging unemployment besides a number of other factors have caused an unprecedented global recession.

On the other hand, lockdowns have taken a serious toll on mental well-being of the people. Reportedly, psychological illnesses leading to suicides, domestic violence and separations among the people locked-in have multiplied. The world has realised that lockdown is not a permanent solution to virus; even benign and brief lockdown is not healthy as it is unnatural and contrary to man’s very make-up as a social animal.

Surprisingly, on the same planet, a community of 8 million people has been braving an inhuman lockdown since 5th August, 2019 when RSS inspired BJP Government in Delhi annexed Jammu and Kashmir.

A comprehensive enslavement plan encapsulating sweeping administrative changes aiming at altering the demographic structure of the IOK and stripping its people of their rights was devised and enforced brutally. The constitutional rampage began with abrogation of Article 370, which accorded a special status to Jammu and Kashmir and continued with revocation of Article 35 (A); division of Jammu and Kashmir into two union territories; and most recently revision of Hereditary State Subject laws and implementation of Domicile Certificate Rules 2020. With these substantive and undemocratic changes, the IOK has been reduced to a colony ready to receive tens of thousands of Hindus poised to neutralise Muslim majority in the valley.

Since the start of the illegal annexation of Jammu and Kashmir in August 2019, the beleaguered people of Kashmir have been undergoing most brutal suppression by 900,000 Indian occupation forces. Communication black-out, night raids, physical torture, sexual assault, forced disappearances and indiscriminate use of pellet guns against the unarmed people raising voice for their legitimate right to self-determination and liberation from perpetual tyranny of Indian fascism are a few cruel tactics employed by the ultra-national BJP Government to eliminate Kashmiris from international screen.

Emboldened by the initial deafening response of the international community, the siege of Kashmir wasn’t enough for Prime Minister Modi. Instead, it played favourably for providing him an opportunity to give free rein to his deep-seated hatred towards Muslims. Just four months after the colonization of Kashmir, another plot was hatched to reduce Muslims to second-grade citizens within their homeland. Longstanding fear of the Indian Muslims to become stateless within a state came true when the Citizenship Amendment Act, contrary to the 14th Article of Indian Constitution, was introduced in December 2019 depriving only Muslims among all minorities from citizenship.

This time, however, the Government remained unlucky to escape world’s eye. International community along with several Human Rights Organisations lambasted Indian Government’s discriminatory policies. Amnesty International termed CAA as a “bigoted law that legitimises discrimination on the basis of religion”. Human Rights Watch published an 82-page report “Discrimination Against Muslims under India’s New Citizenship Policy”, detailing how violence against Muslims was callously allowed to happen by the local administration.

India’s spiralling discrimination against Muslims has received even harsher criticism in the ‘International Religious Freedom Report’ for 2019 released by the US State Department. The report says “Mob attacks by violent Hindu groups against minority communities, including Muslims, continued throughout the year” in India and “Issues of religiously inspired mob violence, lynching and communal violence were sometimes denied or ignored by lawmakers”.

Regrettably, all this fell on deaf ears. Standing nonchalance, the Government’s agenda to completely disenfranchise Muslims in India by subjecting them to unprecedented religious persecution is continuing unabated. Under Government’s shadow, cow vigilantes are lynching Muslims with impunity on daily basis. Labelled as “Traitors” and “Cow Eaters” Muslims have become aliens in their own country while the Indian media continues to regale India as a secular state.

The quick succession of anti-Muslim events in Indian occupied Kashmir and India especially, during Modi’s 2nd term as Prime Minister and the frenzy behind these activities is a matter of grave concern. Putting things into their right perspective, demolition of Babri Masjid in 1990, Gujrat progrom in 2002 when Modi was Chief Minister of Gujrat, annexation of Kashmir and the current escalated brutal persecution of Muslims in India reflect systemic cleansing of Muslims to achieve a long cherished objective of RSS to establish a ‘Brahminical State’ purported by Sadhvi Sarasvati that India would be ‘Hindu Rashtra’ by 2023. The flurry and scheme of events show that with the annexation of Kashmir, the march towards that end has entered the final and decisive phase.

Muslims have been once again, after 72 years, left with two choices: either to live under a perpetual Hindu domination and sustain aheavy curtain of painful saffron torture or leave the country. A large group of European Parliamentarians has already voiced a similar concern through a resolution tabled in the EU Parliament which reads that “CAA has the potential to create the largest statelessness crisis in the world” which would have catastrophic consequences for the entire region.

Equally worrisome is India’s heightened pursuit of regional dominance by destabilising and bleeding neighbouring states. Pakistan has long been a victim of Indian clandestine operations being carried out by RAW agents like Kulbhushan Jadhav who was arrested in 2016 in Pakistan being involved in subversive activities. At the same time, India’s role of a peace spoiler, evident in the ongoing Afghan peace process, her consistent arms build-up and aggression on borders pose a continuous threat to the regional peace.

The big question is, are we ready for another major crisis amid the Covid-19 pandemic? Instead, a consensus is emerging among leading European countries for a course correction and to sculpt a coordinated strategy to save humanity from future crisis. Through an excruciating experience of Coronavirus pandemic, nations have learnt that any progress devoid of human element is no progress.

Post-Covid would be an era where state’s power would be determined by its capacity to protect the people from man-made and natural calamities, not in its power to inflict harm to humanity. Nations’ character would be primarily judged by its response to injustices around them; not by the quality of its infrastructure.

While the countries are now limping out of the lockdowns, 8 million people of Kashmir should not be left caged in, at the mercy of ferocious Indian occupation forces and fascist BJP Government. While the best efforts and billions of dollars are being invested to develop corona vaccine, let the protracted wounds of humanity may not be neglected whose cures are already available.

Interestingly, vaccine for the world’s oldest dispute was invented a year after the emergence of the dispute in 1947. The UNSC passed a Resolution ensuring a fundamental right of self-determination to the people of Kashmir by organising a plebiscite under UN auspices. The people of Kashmir are longing for the same vaccine which has been buried under the heavy piles of narrow political and economic exigencies.

Braving the long night of unprecedented oppression and torture, Kashmiris are still hopeful for a bright future which would bring an end to their seven decades old legitimate freedom struggle. It is about time that world’s major nations reorganise their national agendas as stated by French President Macron while speaking about climate change “It’s clear that economy is no longer the priority.. when it’s a matter of humanity, women and men but also the ecosystems in which they live.” Let us put humanity on the top of our agendas before the lessons of the coronavirus pandemic be forgotten.