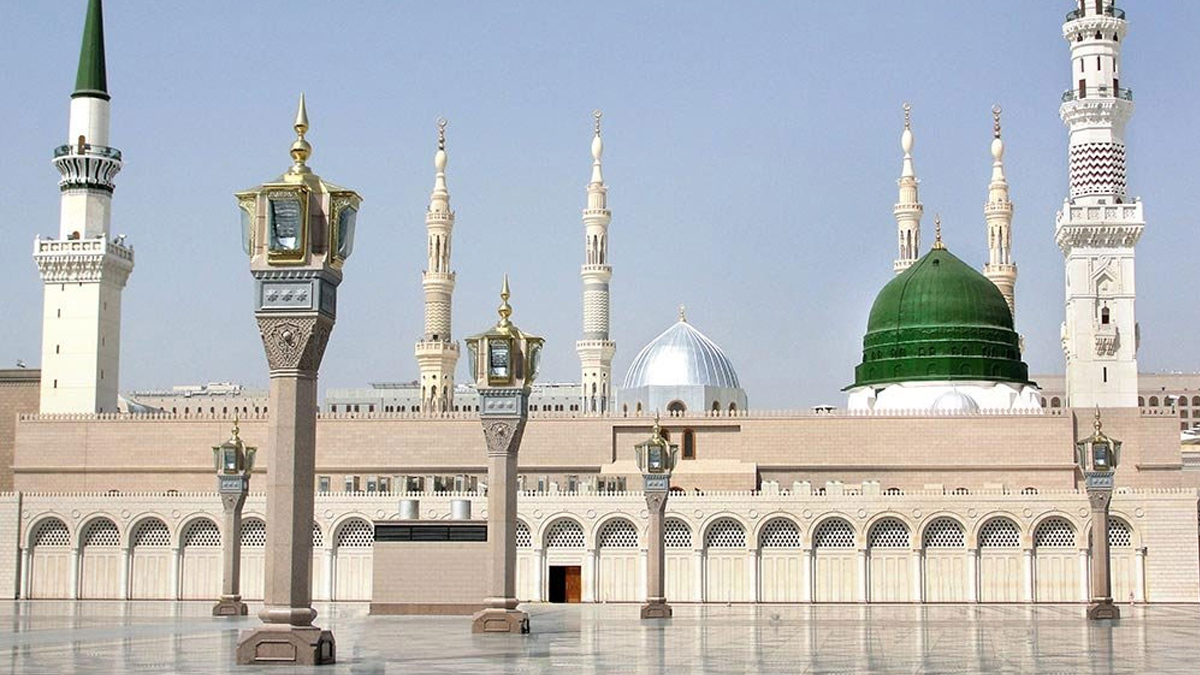 MADINA:  The government of Royal Kingdom of Saudi Arabia has reopened the doors of Masjid-e-Nabawi in Madinah on Sunday, May 31, as the Kingdom continued with its phased plan to ease coronavirus restrictions.

The people entered Masjid-e-Nabawi or the Prophet’s Mosque for group prayers, with a limit of 40% capacity, starting from Fajr prayers on Sunday.

The government has issued precautionary measures including the removal of carpets from the mosque grounds, so that worshipers pray on the marble floors and has asked people to wear face masks, practice social distancing while praying in congregation and to bring their own prayer mats to the holy mosque, according to Al Arabiya.

Jerusalem’s Al-Aqsa mosque also reopened to worshippers on Sunday after a two-and-a-half-month coronavirus closure, but Muslim authorities imposed some precautions as health officials warn of an uptick in local infections.

The Council of Islamic Waqf cited the slowed local spread of COVID-19 in lifting entry restrictions and reopening the compound’s iconic shrines, which shut on March 15.

Hundreds of Muslims chanted “God is the greatest” as they packed into the compound in Jerusalem’s walled Old City early on Sunday for dawn prayers, a Reuters witness said. Some got on their knees and kissed the ground as they entered.

But Muslim authorities imposed some measures to reduce the risk of contagion, as new cases in Israel spiked in recent days.

Worshippers must wear face masks and bring personal prayer rugs should they wish to pray inside or on the compound’s outdoor grounds, the council said in a statement.

The council did not say if there would be a limit on the number of people allowed in the 35-acre compound, known to Muslims as the Noble Sanctuary and to Jews as the Temple Mount.

The faithfuls offered Fajr prayer in the mosque with strict compliance of the precautionary measures to prevent the spread of coronavirus.

Strict precautionary measures including limiting the congregation to 40 percent of the mosque’s capacity at a time are being observed.

The mosques in other cities of Saudi Arabia have also been opened for offering prayers.