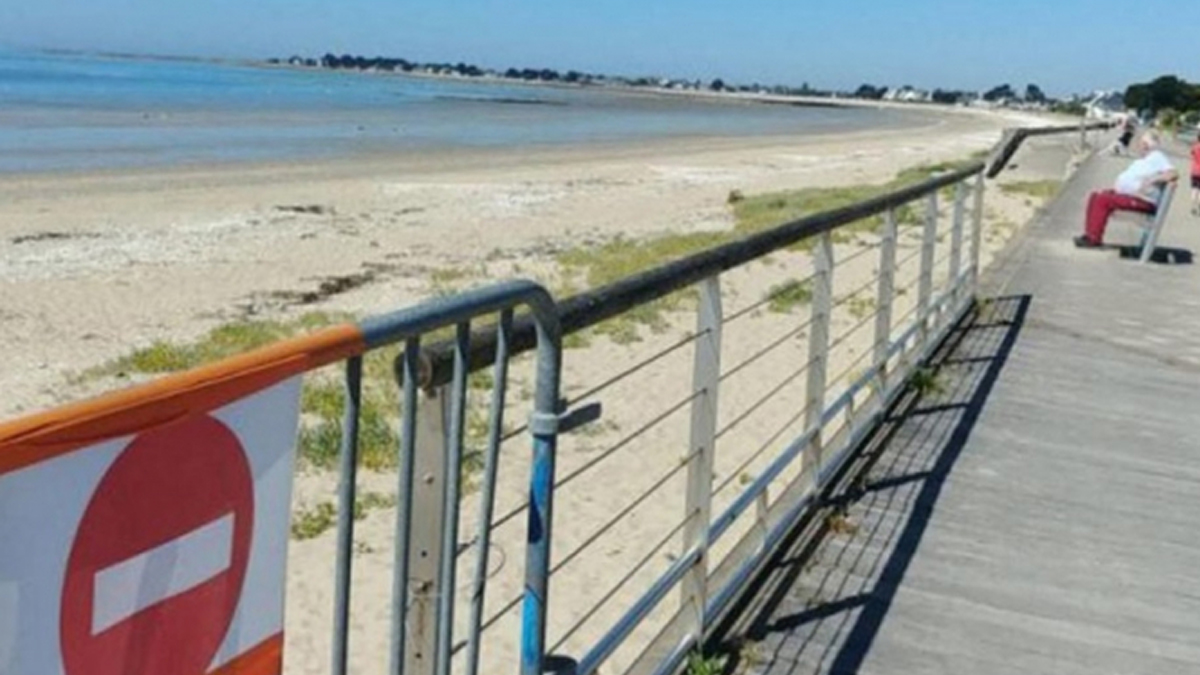 Officials said they were asked by residents to close beaches on the eve of a public holiday on Thursday that risks drawing too many visitors to the Brittany region’s Atlantic shoreline.

Hundreds of French beaches reopened last weekend to runners, swimmers and anglers as the country eased restrictions, but most banned sunbathing or picnics as part of social distancing measures seeking to prevent a second infection wave.

The government credits the lockdown with saving tens of thousands of lives but the economy has suffered, particularly the tourism industry, which accounts for roughly eight percent of France’s economic output.

The prefecture of Morbihan said beaches at Damgan, Billiers and Erdeven would be shut from Wednesday, May  evening because of “unacceptable behaviour” last weekend.

Beachgoers had failed to keep a safe distance from one another and gathered in “several static groups”, the officials said.

The French government is weighing, meanwhile, whether to hold a postponed second round of local elections in June.

Its Scientific Council has given the green light, provided adequate protective measures are put in place.

The first round was held on March 15th, just hours after the government ordered the shutdown of all bars and restaurants and two days before a nationwide lockdown was imposed.

Turnout for the first round was the lowest ever for municipal elections in France, and several mayors have urged the government to hold off on fresh voting until at least September.