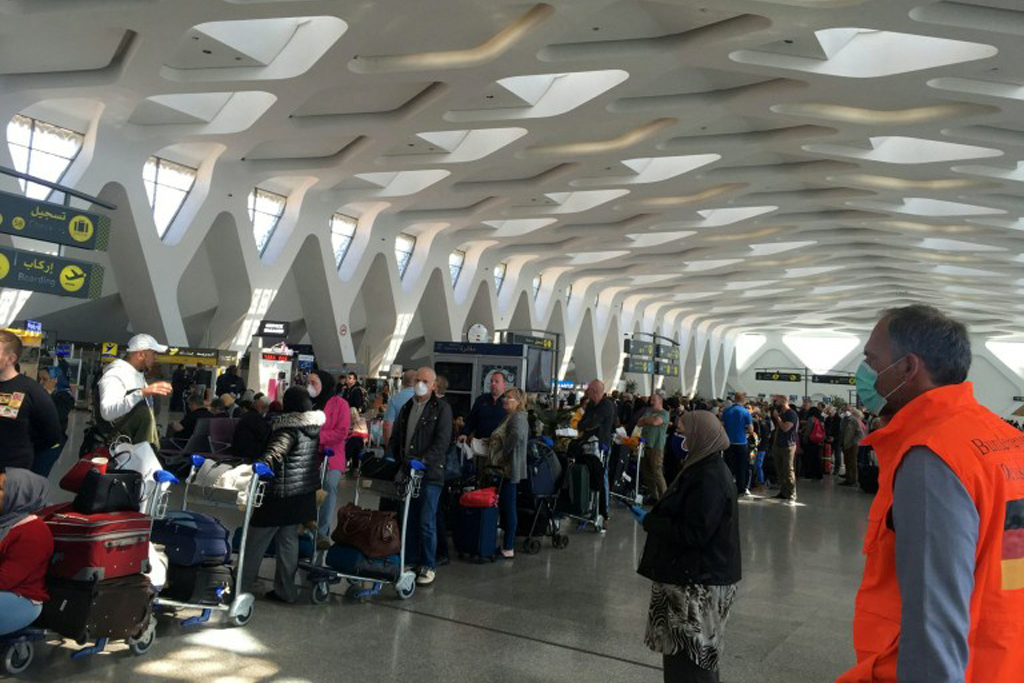 LONDON: Travellers stuck abroad Massive traffic jams have formed at European borders while British tourists are stranded at airports as they desperately try to get home before countries close their gates due to coronavirus.

Britons have accused airlines of abandoning them or demanding extortionate journey fees as more and more countries go into lockdown. Tom Widdall, who is in Morocco with his heavily pregnant girlfriend, was due to fly home from Agadir to Manchester on Saturday, but his easyJet flight was cancelled.

He said he has been unable to get onto an earlier flight and claimed he has been ‘abandoned by easyJet and abandoned by the embassy’. The budget airline told passengers they are ‘doing all we can to assist’, while Britain’s ambassador to Morocco Thomas Reilly said his team ‘are trying to get as many flights in as we can’ before the north African country’s airspace closes at midnight on Thursday.

Consumer group Which? identified several other cases of UK travellers facing difficulties getting back. she had no response from the British Embassy despite several attempts to make contact. Which? Travel editor Rory Boland said: ‘Airlines must stop cashing in on the misfortune of their customers and prioritise getting them home safely – going above and beyond their legal obligations where necessary. ‘The Government must also up its game and provide British citizens fearful of being stranded abroad with useful advice. ‘Where scheduled services have been withdrawn, it should explore all options to get these people on flights home.

British tourists say they feel abandoned by the Foreign and Commonwealth Office and leading airlines (Picture: SWNS) An FCO spokesman said: ‘We recognise that any British people currently overseas may be nervous about the impact of coronavirus on their travel and their health. ‘We are in close contact with travel providers and our international partners to provide support to those British people affected by ongoing measures to prevent the spread of Covid-19.’ In Europe trucks are hurriedly trying to deliver critical supplies to help countries cope with the impact of Covid-19. EU leaders have been working on how to ensure food, medical supplies and other essential goods are keep flowing, but so far borders have been clogged. They are also trying to figure out ways to allow seasonal agricultural workers, needed to keep the production of food going, to travel back and forth across essentially closed borders.