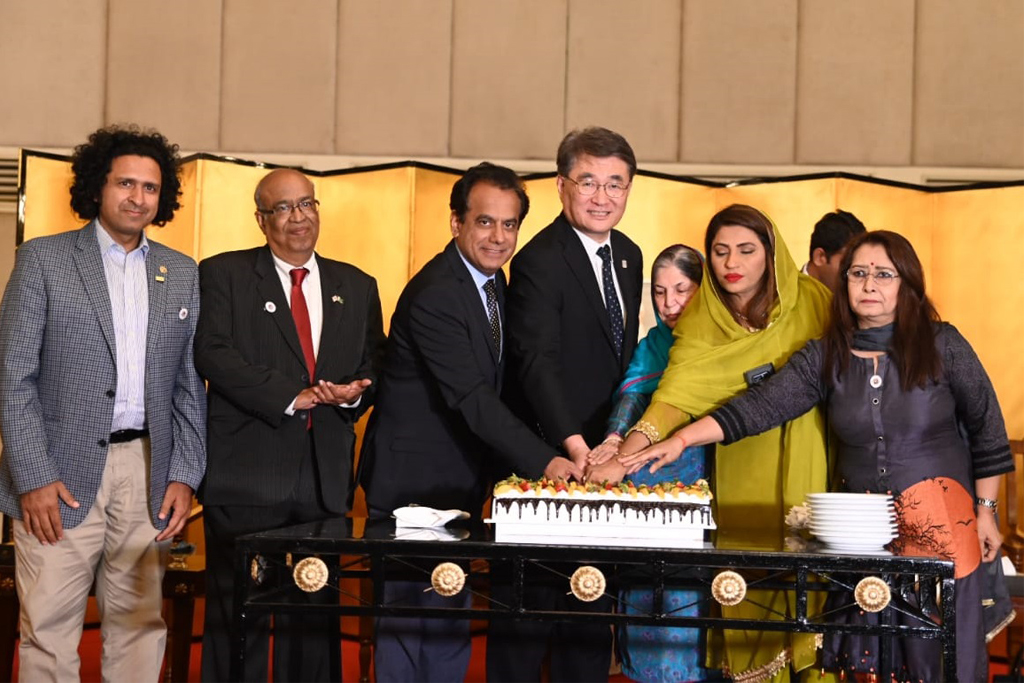 The event was attended by a large number of guests including government officials, politicians, diplomats, businessmen and dignitaries from different walks of life. Proceedings began with a heartfelt rendition of national anthems of Japan and Pakistan, by Deputy Consul General of Japan in Karachi, Ashida Katsunori.

The reign of Emperor Naruhito officially began last year when he succeeded his father Akihito, marking an end to three-decade-long Heisel Era. Hence, it was the first National Day reception under the new ‘Reiwa’ era.

Rewa, means “beautiful harmony” and his name was taken from the oldest existing poetry anthology “Manyoshu” and it represents a culture being born and nurtured by people’s hearts brought together in a beautiful manner. This year’s reception also signifies the leading-up to Tokyo 2020 Olympics and Paralympics. Olympics and Paralympics’ mascots caught the attention of everyone and brought an air of games’ excitement to the audience.

Speaking at the occasion, the Consul General of Japan in Karachi, Isomura Toshikazu expressed his delight in hosting the first reception of the ‘Reiwa’ era. He also remarked about the improved security situation in Pakistan generating investment opportunities for Japanese in Pakistan. The Consul General said that he was surprised to know that there were around 23 different cultural organizations in Karachi, including pop-culture groups striving to promote Japanese culture.

The Consul General ended his speech by inviting Pakistan to visit Japan for Tokyo Olympics and Paralympics Games happening in July 2020. His speech was followed by remarks by Sadia Rashid, President, Pakistan-Japan Cultural Association (PJCA), and Kaleem Farooqui, Vice Chairman, Pakistan Japan Business FORUM (PJBF), who felicitated Japanese people on the Emperor’s birthday and vowed to continue their efforts for better economic and cultural ties between the two countries.

The reception was concluded with a ceremonial cake cutting and serving of sumptuous Japanese food.