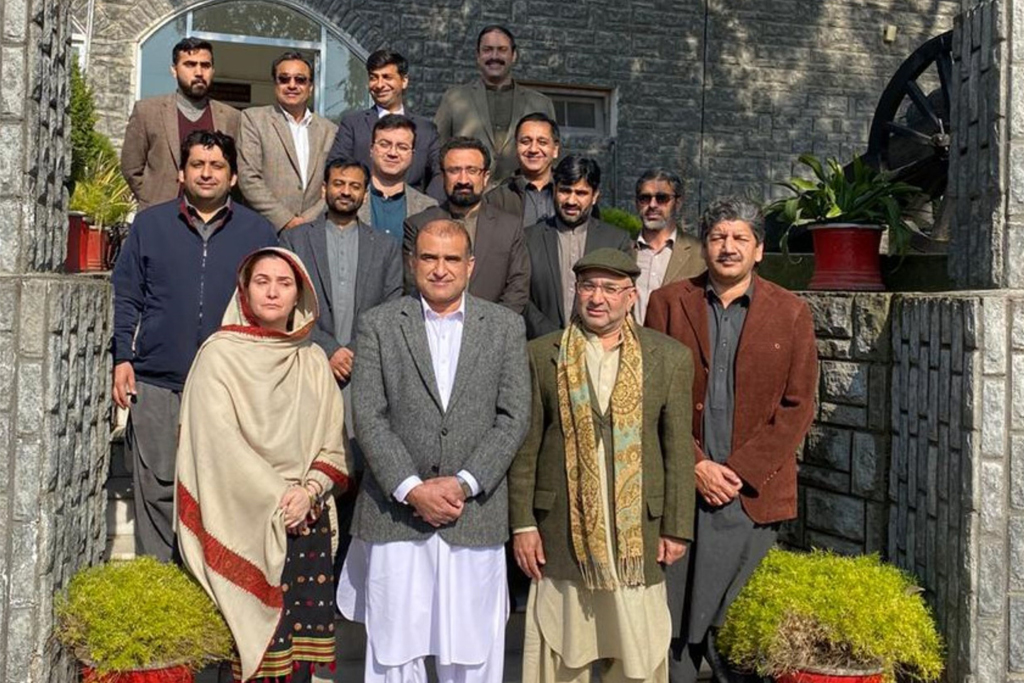 PESHAWAR: The provincial government is taking solid steps to boost tourism and sports in every nook and corner of the province to attract domestic and foreign tourists and promote games at the local level.

This was stated by Secretary, Sports, Tourism, Archaeology, Culture, Museums and Youth Affairs, Khushal Khan, in a meeting with officials during his visit to the Hazara Division.

Visiting the scenic Hazara Division on the special directives of Chief Minister Mahmood Khan and Chief Secretary Kazim Niaz, the secretary said that Tourism Department was busy taking tangible steps well before the peak season for promoting tourism and facilitating tourists during their visit to the scenic places of the province.

Speaking at the meeting, Khushal Khan said that the provision of better facilities to the tourists would be ensured before the tourism season.

He said that billboards, signboards, brochures, pamphlets, and promotional booklets would be arranged by TCKP for the guidance of tourists to the serene spots.

The participants agreed that prompt steps would be taken to activate tourists’ facilitation centers in Abbottabad and Mansehra to facilitate visitors during the upcoming season.

Similarly, two each rest area would also be established in Abbottabad and Mansehra for which the TCKP would acquire land. It was told the meeting that Section 4 has already been imposed at the areas being acquired for this purpose.

The TCKP would also provide portable washrooms to Abbottabad and Mansehra district governments and GDA and KDA to facilitate tourists.

The commissioner Hazara directed the DCs to propose suitable sites for the installation of the portable washrooms in their respective districts.

The issues like check on the use of polythene bags, traffic, and parking, removal of encroachment, monitoring of hotels and restaurants ahead of the season, beds, fixing of rate-lists in the hotels, sanitation and sewerage were also taken up in the meeting.

The commissioner directed the deputy commissioners to seek help from the provincial government for the cleanliness campaign and sewerage, adding, the fund would be provided to ensure the best facilities to the tourists during the season.

The secretary thanked the commissioner and said that the tourist resorts in Malakand division would be inspected next week and the report of the proposed plan would be submitted to the chief minister and prime minister.