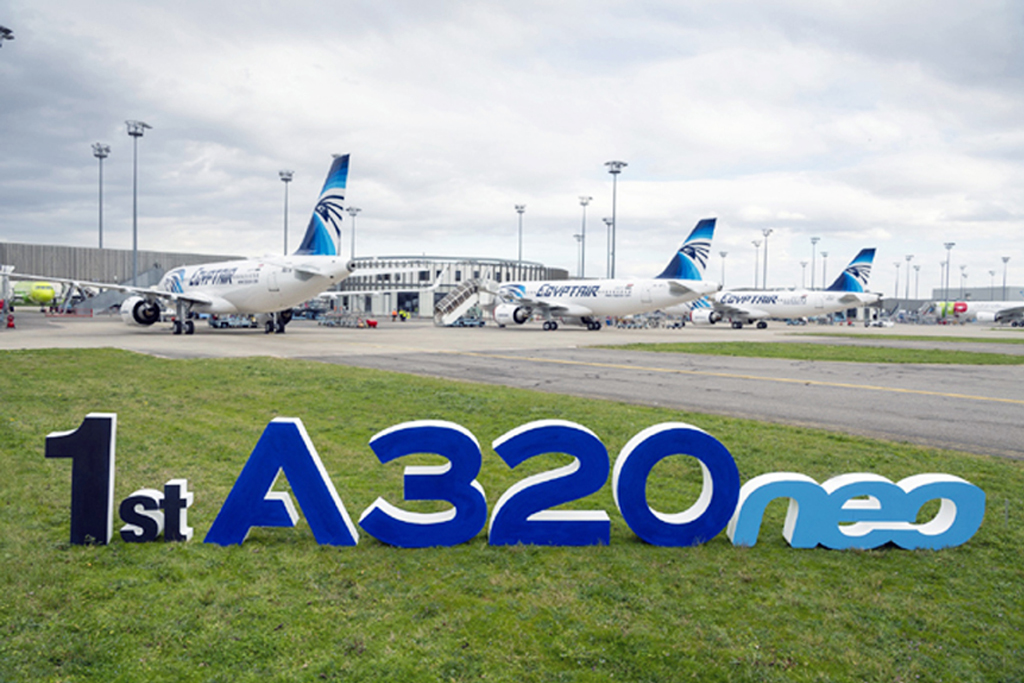 TOULOUSE-FRANCE: EgyptAir has taken delivery of its first of 15 A320neo Family aircraft, on lease from AerCap, becoming the first airline in Africa and Middle East to operate both the A320neo and A220, the most modern and fuel-efficient single-aisle aircraft types.

Alongside the A220, the A320neo will be an integral part of EgyptAir’s fleet modernization plan that will replace its existing ageing single aisle fleet.

EgyptAir’s A320neo is powered by CFM Leap 1 engines and configured in a two-class cabin with 142 seats. This will include 16 business class seats offering a generous 48-inch seat pitch and an economy cabin with 126 seats offering 29-30-inch pitch. Passengers in both cabins will also benefit from a superior cabin ambience featuring relaxing mood lighting inflight entertainment and wi-fi connectivity.

As of the end of January 2020, EgyptAir’s fleet numbered 21 Airbus aircraft including seven A220s.

Featuring the widest single-aisle cabin in the sky, the A320neo Family incorporates the latest technologies, including new generation engines and Sharklets, which together deliver 20 per cent reduced fuel burn as well as 50 percent less noise compared to previous generation aircraft.