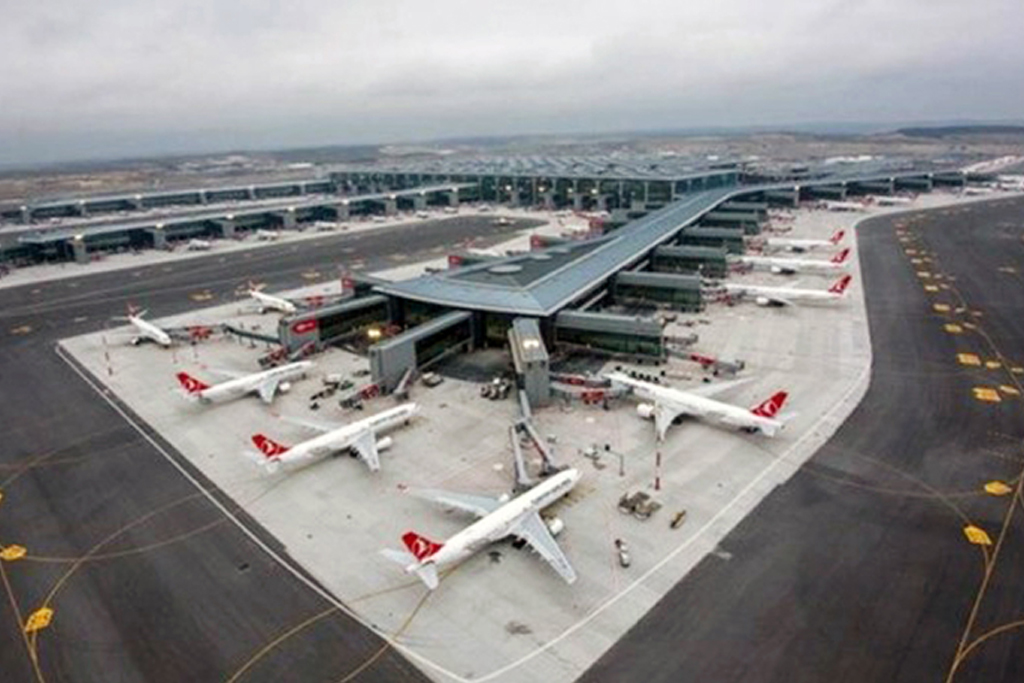 ISTANBUL: The noteworthy rises in the number of passengers they served in the last month of 2019 enabled Istanbul Airport and Turkish Airlines to rank first in Europe among their peers.

Having displayed its potential in its first year, Istanbul’s new state-of-the-art airport was listed among the top two most developing airports worldwide enjoying the highest rate of increase in the number of passengers in December, the International Civil Aviation Organization’s (ICAO) December data showed. Turkish Airlines (THY) was also named the carrier that increased the number of its passengers most among its European peers.

The city’s new mega airport, which was only partially opened in April 2019, became the 14th airport worldwide that hosted the most passengers during the last month of last year, a statement by Turkey’s Directorate General of Civil Aviation (SHGM) said on Wednesday, citing ICAO data. It saw an 8.4% increase in passenger numbers, which helped it rank second in the world and first in Europe.

Already seen as the new center of aviation rising from the outskirts of Turkey’s most populous city and perched firmly on the shores of the Black Sea, the airport was officially opened in a grand ceremony on Oct. 29, 2018. However, its first phase became fully operational on April 7, 2019, as it took over air traffic from the now-closed Atatürk Airport – which was one of the busiest airports in Europe. The airport has transitioned to other uses such as training activities, aviation fairs, and civil use, while some parts are to be transformed into a public park.

It was built with a cost of 6 billion euros with a public-private partnership (PPP) model by a consortium of Turkey’s leading contractors Limak, Kolin, Cengiz, Mapa, and Kalyon.