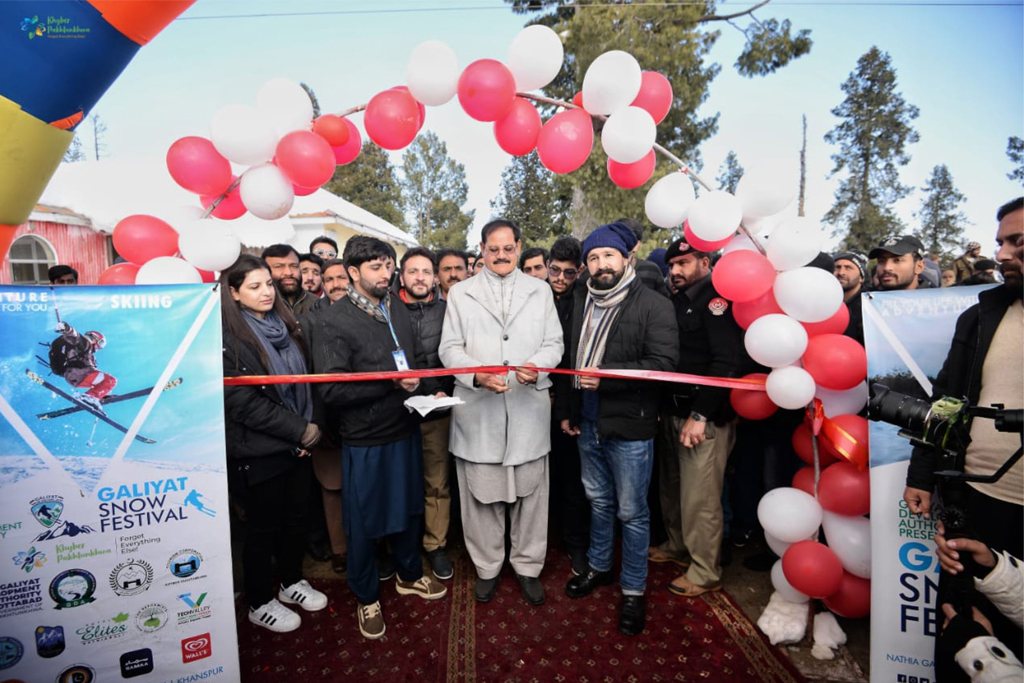 PESHAWAR: The three-day Galiyat Snow Festival 2020 concluded on Monday with thrilling activities including jeep and bike rallies in the scenic Nathiagali and other serene spots in Galiyat.

Over 30 jeep racers and 25 motorcyclists took part in the rallies from Church Park in Nathiagali to Dongagali and enjoyed the race on the white snow. The racers then came back to Nathiagali from Dongagali.

Some of the tourists and fans of snow games also participated in archery, snow-tubing, zip-lining and other activities on snow at Church Pak.

Special Assistant to Chief Minister for Industries Abdul Karim Khan was the chief guest on the occasion.

Officials of the TCKP and Abbottabad administration, GDA Director Raza Habib and others were also present.

The chief guest said that the KP government had taken solid steps to promote tourism in every nook and corner of the province to attract tourists to the scenic spots.

He later gave away keys of vehicles for tourists and bike squad to the GDA authorities to facilitate tourists and visitors during their stay in Galiyat.

The vehicles and bikes were provided by the World Bank under the Economic Revitalization project for KP and erstwhile Fata to promote tourism in scenic places of the province.

The participants of various competitions were also given shields and prizes for their excellent performance in different activities held simultaneously in the scenic Nathiagali, Dongagali, Ayubia, Khanispur, Mushkpuri Top.

Food and night music were also part of the gala, which added colors to the event. Famous singers and artistes including Laila Khan and others performed and enthralled the audience.