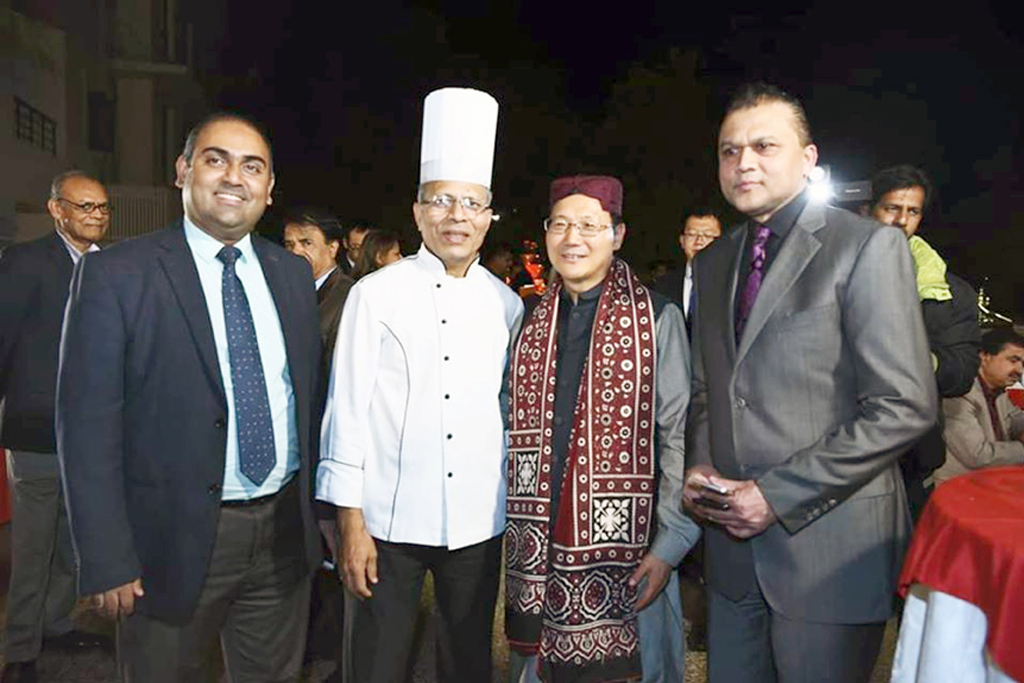 KARACHI: Newly appointed Consul General of the People’s Republic of China His Excellency Li Bijian, has said that China-Pakistan enjoys a long history of bilateral relations. Talking to media at the welcome dinner hosted in his honor by the management of Avari Group of Hotels at Beach Luxury Hotel, the dinner was largely attended by diplomats, businessmen, industrialists, journalists and elite of the city

H.E. Li Bijian said that Work on the first phase of the CPEC has been completed while the second phase is underway and the people of both countries will get benefit after the completion of the project.

Li Bijian found the people of Karachi very friendly and loving, as he looks forward to further strengthen the relations of two neighboring friendly countries as both hold a similar stance on important issues. To a question, he said that enhancing the bilateral trade and investments would be his prime focus during his assignment.

He further said that Pakistan is the Seventh country where he gets the opportunity to work and after full completion of a coal-fired power plant by China in the Thar interior of Sindh the load shedding of power will be overcome.

Mr. Azeem Qureshi, Corporate Director Sales Avari Group of Hotels said that after the completion of the CPEC project the tourism can enjoy the maximum traditional food festivals.