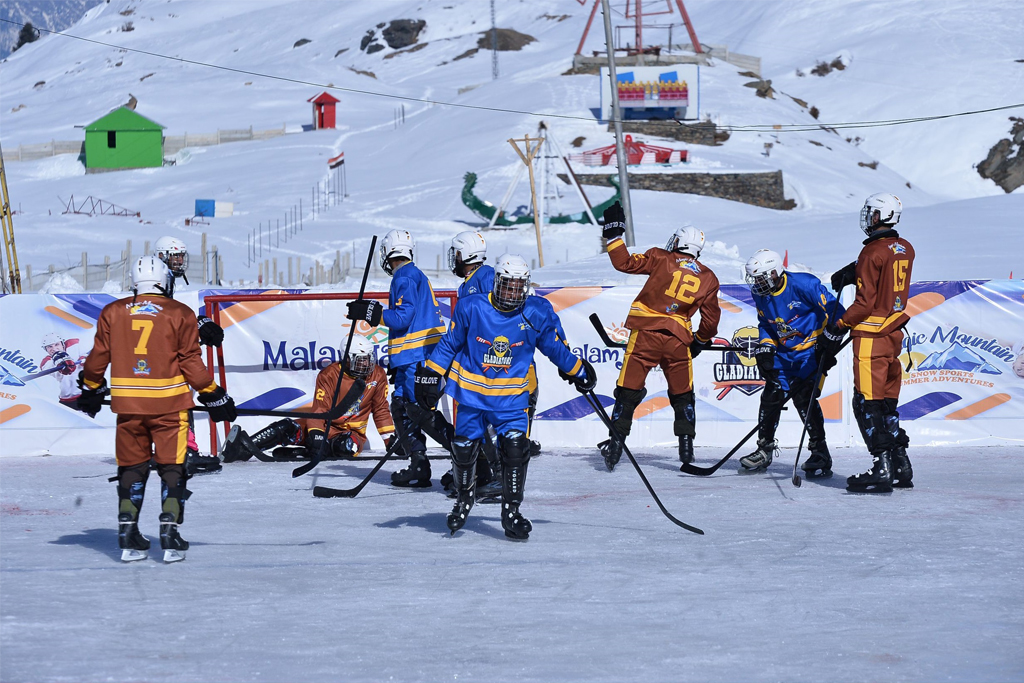 The festival featured a number of winter sports games including skiing, Slalom ski for Under-10 and Under-14, speed skating for Under-15, ice hockey, sledding and tobogganing, archery, curling, snow-tubing, bonfire, alpine ski, music show, food, display of handicrafts and others.

The foreign and local tourists and visitors, who have already thronged the serene resort, enjoyed the games and music on the white snow in Malam Jabba.

In Slalom Ski Under-10 contests, Hazrat Usman got first position, Shafi second and Mujahid third place, while Aza stood first, Zubaida second and Ayesha third in the Under-10 girl’s competitions.

Zahid Hussain got the first position, Siddique second and Sher Ghani stood third in the ski competitions held for the seniors.

Malakand Commissioner Riaz Mehsud was the chief guest at the concluding ceremony.

The chief guest gave away prizes and trophies to the winner skiers and players of various games.

Speaking on the occasion, Riaz Mehsud praised the organizers for arranging the mega event in the serene tourist spot.

Welcoming the tourist and visitors, the official said that they had declared 2020 as the year of tourism in Malakand Division.

“We will arrange a number of events this year in which many international and domestic tourists would be invited to come and enjoy stay here,” the commissioner said.

He hoped that more tourists would come to visit the serene spots in Malakand and elsewhere in Khyber Pakhtunkhwa this year owing to the construction of a number of roads including Kalam and Bahrain roads, other links roads and Swat Expressway.

The provincial government has taken worth mentioning steps that led to promotion of tourism, sports and preserving the rich heritage, cultural and archaeology sites in the province.

He added that strenuous efforts were being made to develop scenic spots and make facilities available there to attract domestic and foreign tourists to the province.

Because of these attractions, millions of people visit to experience the beauty it has to offer.