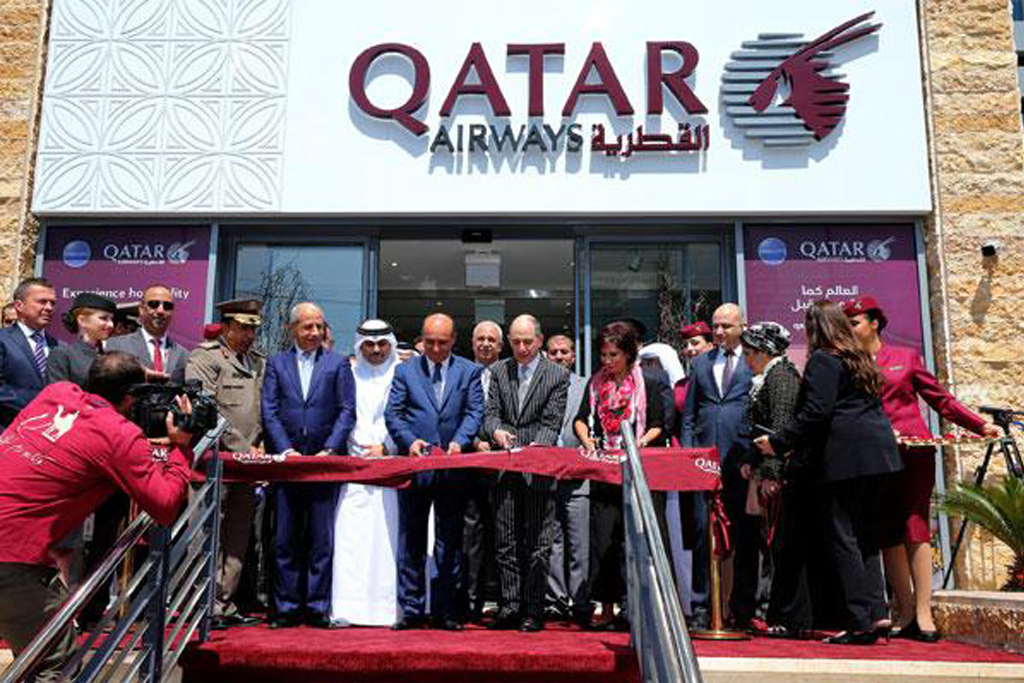 DOHA: Qatar Airways celebrates a successful year of strong network expansion, new aircraft deliveries and the unique achievement as the only airline to win the Skytrax Award for the World’s Best Airline for a fifth time.

Qatar Airways Group Chief Executive, His Excellency Mr. Akbar Al Baker, said: “2019 was another year of great achievement for Qatar Airways. There have been many highlights during the last 12 months, in particular receiving the highly prized ‘Best Airline in the World’ award from Skytrax at this year’s Paris Air Show. To have won the accolade for a record fifth time for my country and our airline was a truly special moment.

“Our many achievements in 2019 are proof of one immutable fact – that Qatar Airways will never deviate from our commitment to provide our millions of passengers with the very best onboard experience every time they travel with us. Our growth over the last 12 months, in the face of adversity, has been impressive and going forward we will look to continue to prosper.

“As 2019 comes to an end, on behalf of our management and staff, I give our passengers our absolute guarantee that we will strive to continue to deliver the very highest standards of quality and excellence in the industry. I look forward to another year of success in 2020.”

A growing fleet: The airline continued its strategy of investing in the world’s most technologically advanced aircraft to drive its ambitious route network growth. Through the course of the year, 32 aircraft were delivered to its Doha headquarters, including its 250th, an Airbus A350-900 in March. By the close of the year, the total combined fleet size of passenger, cargo and Qatar Executive (QE) was 259.

In January, the airline announced that it had converted 10 of its Airbus A321neo order to the A321LR, a longer-range variant which will allow it to connect with new growing markets from Doha.

The airline also added a host of new increased frequencies to dozens of destinations including Amman, Cape Town, Johannesburg, Kuwait, Larnaca, Manchester, Miami, Milan, Penang and Vienna. Such additions are designed to give more choice and flexibility for both business and leisure passengers as well as offering flexible cargo options.

In addition, the airline signed a number of new or extended codeshare agreements with world-class airline partners, including IndiGo Airlines, LATAM, China Southern, and SriLankan Airlines.

Continued investment: The portfolio and investment strategy of the Qatar Airways Group continued to progress and diversify in 2019. In January, the on-market purchase of certain A shares and H shares of China Southern Airlines Company Limited (“China Southern Airlines”) resulted in an aggregate holding of approximately 5 per cent of the total issued share capital.

A busy summer saw the airline commit to significant new orders for Boeing aircraft, Gulfstream Executive Jets and GE Engines, celebrated with a signing ceremony at the White House in the presence of His Highness Sheikh Tamim Bin Hamad Al-Thani, Amir of the State of Qatar and U.S. President Donald Trump.

Corporate social responsibility: 2019 showed that Qatar Airways is at the very centre of the communities it serves and at the cutting edge of environmental responsibility, staff wellness and effective philanthropic giving. The airline celebrated five years of support for Educate A Child, a hugely important charity providing primary education to millions of out-of-school children.

In Amman, Jordan, Qatar Airways commemorated the opening of its new ward at the King Hussein Cancer Center (KHCC) with a special ceremony held under the patronage of HRH Prince Talal Bin Muhammad, Special Advisor to HM King Abdullah II.

The airline marked a number of international awareness campaigns during 2019, including Autism Month where it host a series of special events throughout April designed to raise awareness of the autism spectrum disorder. For October’s Breast Cancer Awareness Month, passengers travelling on long-haul flights in First Class and Business Class were presented with BRIC’s limited edition pink themed amenity kits and a special ‘Think Pink’ flight was operated by a flight deck and cabin crew made up entirely of Qatar Airways female staff.

Sponsorship: Supporting top tier and grassroots sport is an essential part of Qatar Airways’ DNA. To complement the already impressive sponsorship agreements with the likes of Bayern Munich, AS Roma, Boca Juniors, Al Sadd and the Brooklyn Nets, 2019 saw the airline commit to deals designed to bring people together through sport.

As the Official Partner and Official Airline of FIFA, Qatar Airways was proud to bring football fans from around the world to France for the 2019 FIFA Women’s World Cup FranceTM, a tournament that marked a step-change in the way women’s sport was viewed and one which attracted record-breaking crowds.

In December, Doha hosted the FIFA Club World CupTM, where as well as being the official airline, Qatar Airways brought tens of thousands of fans from all over the globe to witness European champions Liverpool FC win the trophy for the very first time.

The airline supported a diverse range of other tournaments and organisations during the year, including the Prix de L’Arc de Triomphe in Paris, the Philippines Football League, the PSA World Squash Championships, the All Nepal Football Association Memorial League, and the Qatar Total Open Women’s Tennis Tournament.

Awards and achievements: Qatar’s national carrier continued its enviable record of winning awards with a host of accolades during the year. Along with the ‘World’s Best Airline’ prize – for a record fifth time – it also won ‘World’s Best Business Class’, ‘Best Business Class Seat’, and ‘Best Airline in the Middle East’ at the 2019 World Airline Awards, managed by international air transport rating organisation Skytrax.

In scooping further accolades from the Travel Trade Gazette (TTG), Kayak, LinkedIn, APEX, AirlineRatings, Business Traveller, PAX and Onboard Hospitality, the airline could point to more than 70 international awards received during 2019.

In July, a Qatar Executive Qatar Executive Gulfstream G650ER aircraft landed at the NASA Kennedy Space Center in Florida at 8.12am to complete the world’s fastest circumnavigation of the world in a time of 46 hours, 39 minutes and 38 seconds.

Promoting Qatar: Qatar Airways was proud to work hand-in-hand with the Qatar National Tourism Council (QNTC) to promote the nation during 2019. Events like Qatar Live where global superstars such as Maroon 5, Katy Perry and Maluma performed to thousands of fans, the Qatar International Food Festival and the Doha Jewellery and Watches Exhibition are a vital part of the airline’s work and a prelude to the next year where passengers will be given even more reasons to visit the country.